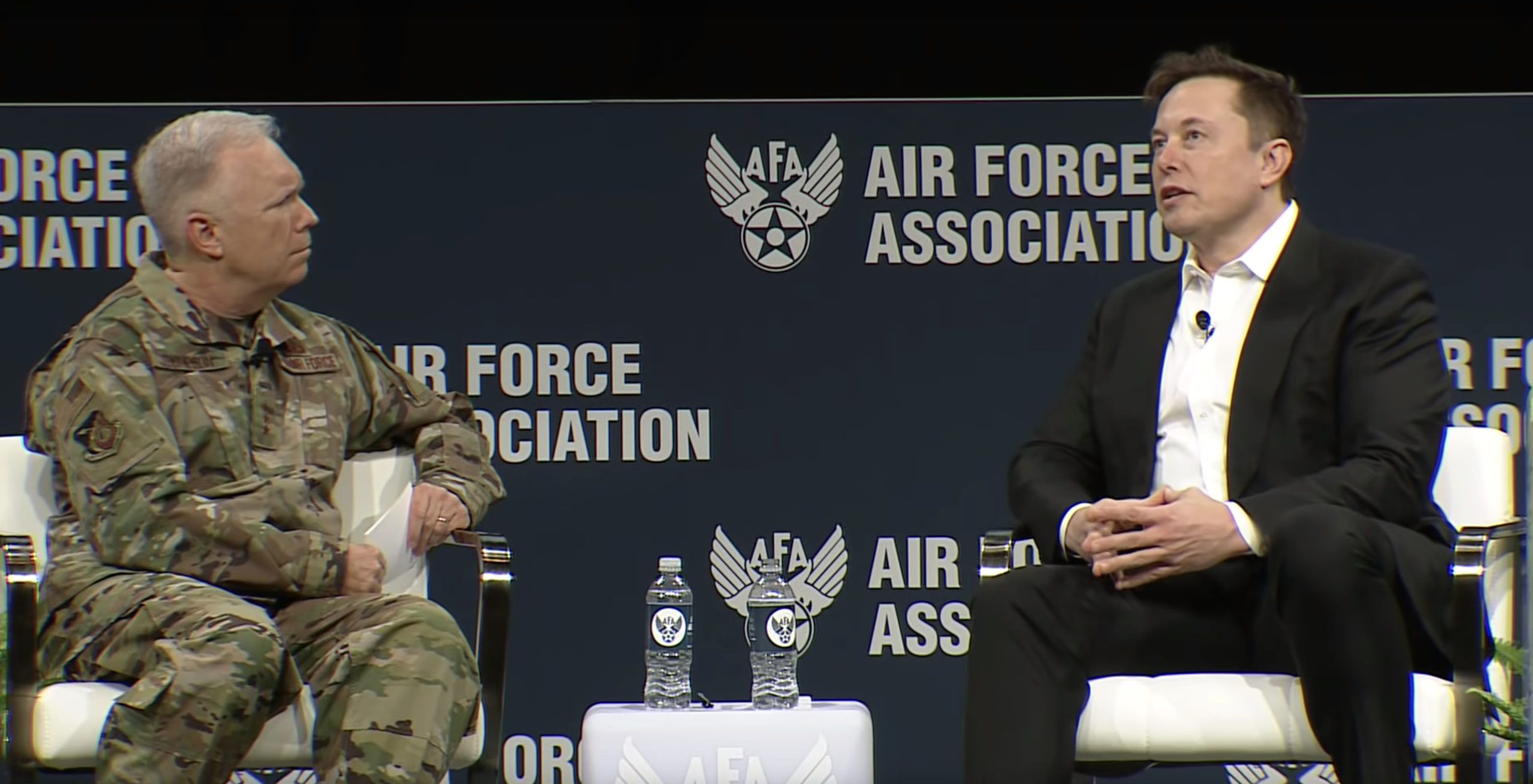 Manned fighter aircraft will be supplanted by autonomous air vehicles and reusable space vehicles, said SpaceX and Tesla leader Elon Musk at the U.S. Air Force’s Air Warfare Symposium over the weekend. Musk was interviewed on the topic of innovation by Lt. General John Thompson. Musk is convinced that artificial intelligence and development of unmanned aircraft (“locally autonomous drone warfare”) could be transformative in the near term, making this the end of the jet-fighter era, but that development of reusable rockets is most important of all.  Postulating that reusable rockets could be used in place of ballistic missiles, he feels they could also be transportation. “Like an options list. Uncheck ‘nuke’ and then add ‘landing systems,’” he said.

Musk is, understandably, looking toward space. His take is that a Stark Trek-like Starfleet Academy and a space base is what the public wants. “How do we make Starfleet real? The fastest we can make it real, we should do that. I think we can go a long way towards making Starfleet real and making these sort of utopian or semi-utopian futures real. It will definitely require radical innovation. One can’t get there by incrementally innovating expendable boosters. We need to push for radical breakthroughs. If you don’t push for radical breakthroughs you don’t get radical outcomes,” he said.

“If the United States does not seek great innovations in space, it will be second in space, as sure as night follows day,” he said. “But there is no country more inventive and innovative as the United States.” As part of his reasoning about a country with an agile space presence, he says that reusable rockets are key. “It’s absolutely fundamental to achieve full reusability in access to space,” Musk said. “This is the holy grail of space. Then you have a profound advantage over anyone else.”

In a nearly hourlong interview, Musk touched on several topics, from the business realities of SpaceX, the ideal relationship of risk and reward (small failures should not be penalized but big successes should be greatly rewarded) and myriad other topics.