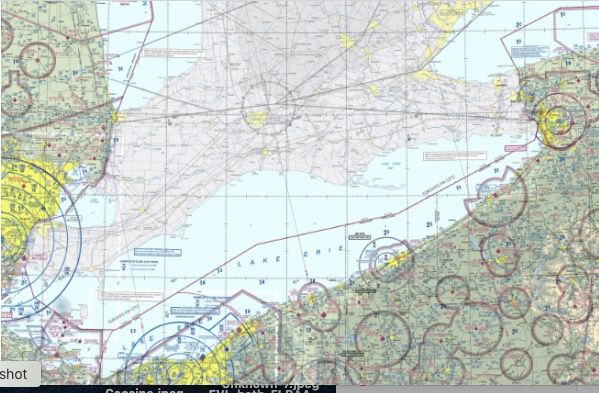 Pilots in border regions are wondering why the FAA has deleted much of the aeronautical information from non-U.S. airspace from its latest sectional charts. The late December release of the sectionals omit detailed airspace information in Canadian airspace, and the changes reportedly apply to Caribbean and Mexican regions along the border and off the coast as well. The FAA has acknowledged AVweb’s request for information on the move but has not yet provided details. The change was announced Oct. 12 in a single-paragraph Charting Notice that said the foreign areas included on sectionals would be “skeletonized.”

Until the December release, the FAA had included the same level of aeronautical information on neighboring airspace. Now, the charts in non-U.S. airspace contain only major airports, NAVAIDs and airways. In some cases, Canadian airspace, particularly in Southern Ontario and the Atlantic provinces, gets as much or more U.S. traffic as domestic use as American operators overfly Canada to get to U.S. destinations. Canadian pilot groups have also flagged the changes and are querying their authorities about it.

Best of the Web: An Engaged Crew Avoided Disaster at Austin