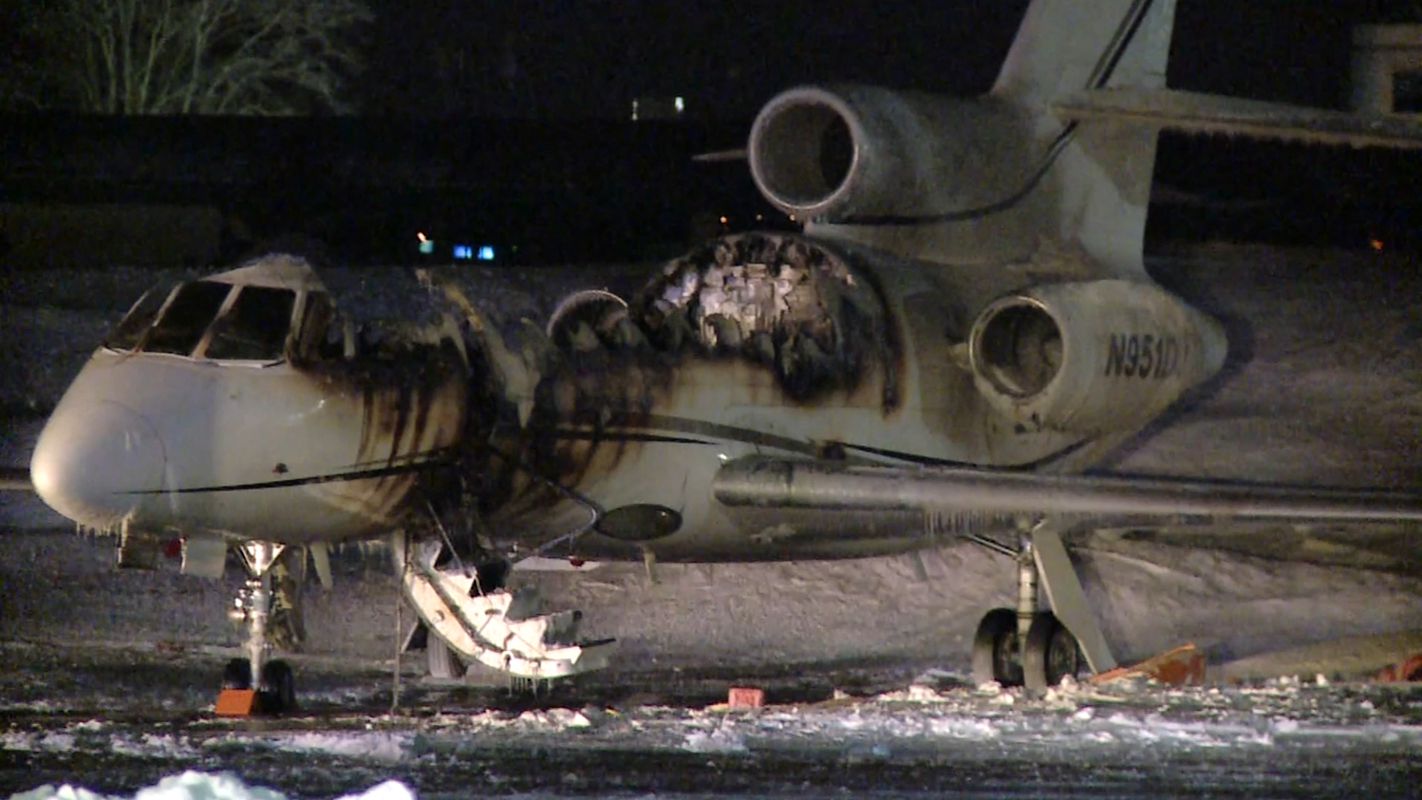 A deliberately set fire destroyed a 40-year-old Falcon 50 at a Toronto airport on Thursday and whoever did it apparently wanted it known it was intentional. Emergency crews were called to the ramp of Buttonville Airport just before midnight where the groundbreaking tri-jet from the 1970s was burning merrily in the middle of a snowstorm. They found a hole cut in the perimeter fence, boot tracks in the freshly fallen snow and a gas can.

The fire burned away most of the cabin before it could be knocked down. Post-crash photos showed the airstair deployed. The aircraft had reportedly been parked there for months. It is registered to Adams Aviation Services Inc. Trustee a Delaware corporation. It’s not clear why it was in Toronto or precisely for how long.

An earlier version of this story said that Elite Air was the operator of the aircraft but a spokesman told AVweb Sunday the company stopped operating it in early 2019.