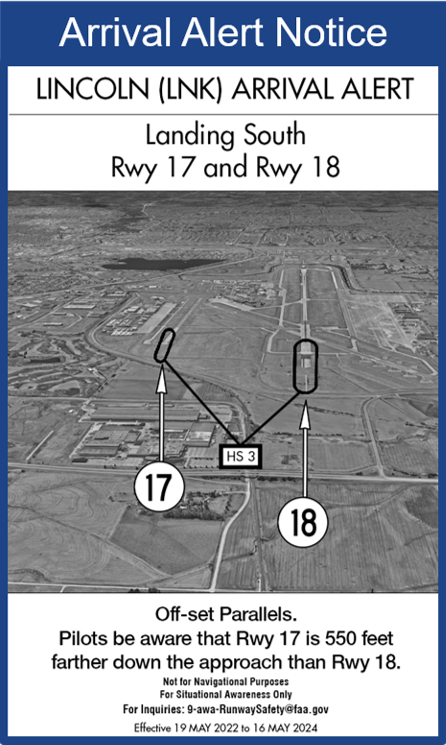 The FAA is drawing up a set of airport flash cards aimed at preventing pilots from landing on the taxiways or the wrong runway. The Arrival Alert Notices will be published in the May 19 charting cycle and will be included along with the regular information for 11 busy small- to medium-sized facilities across the country. “The FAA has taken a number of steps to address wrong surface events but there is still a need to provide a more permanent awareness of these events, especially to general aviation pilots, who comprise 83 percent of wrong surface events,” the agency said in a news release.

The alerts include a pilot’s eye view of a one-mile final for the runways that cause the most problems. The alerts will include “hot spot standardized symbology” that will use three standardized shapes to alert pilots to dangerous areas of the airport. A cylinder-shaped outline will denote airport surface hot spots while circles or ellipses will denote ground movement hotspots. “Many wrong surface events occur during the daytime and in visual meteorological conditions, and the majority of the time, the pilot has read back the correct landing or departure clearance,” the announcement said. “AANs can serve as an additional planning and awareness tool for pilots.”