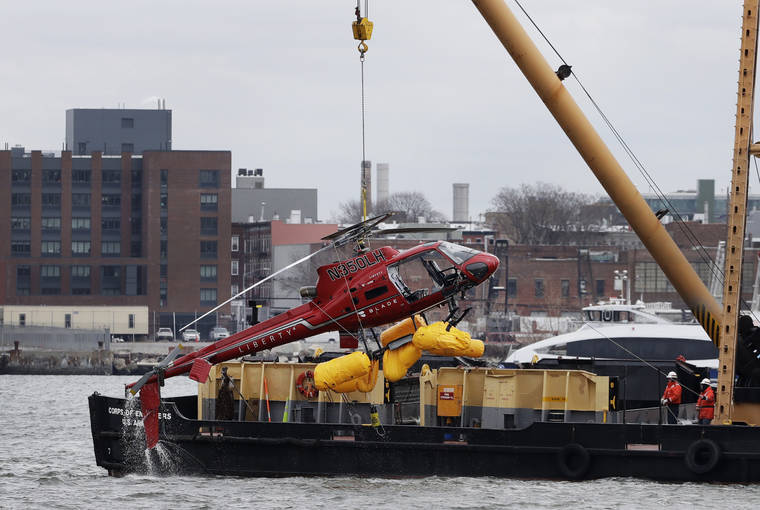 The pilot of the Eurocopter AS350 that ditched in the East River in March 2018 told the NTSB he was worried about the tethers securing passengers for so-called doors off tours. All five passengers drowned when the aircraft touched down in the river after the fuel valve was inadvertently turned off. The findings were released by the NTSB this week.

Pilot Richard Vance was wearing a standard seatbelt and escaped the helicopter as it turned over after touchdown. The AS350 was equipped with skid floats, which inflated, but videos showed that the helicopter had slight forward momentum when it touched down.

The tour company also told the NTSB that it had concerns about the floor-mounted fuel shutoff and the helicopter’s float system. One of the passenger’s tethers inadvertently looped around the fuel shutoff, causing the engine stoppage. “These issues continue to pose a threat to passengers and crew on AS350B2 helicopters and any helicopter employing the same Dart emergency flotation system,” a FlyNYON spokesman told the New York Post this week.

Vance told investigators that he worried whether the tethers—which joined passenger harnesses at a single attach point behind their backs—could be physically cut by knives each passenger was provided. “How do I cut this?” one of the five passengers was heard to ask on a camera audio track 13 seconds before impact. The transcript was released, but the video was withheld.

The NTSB has scheduled a public hearing on Dec. 10, 2019, to reveal more of its findings.