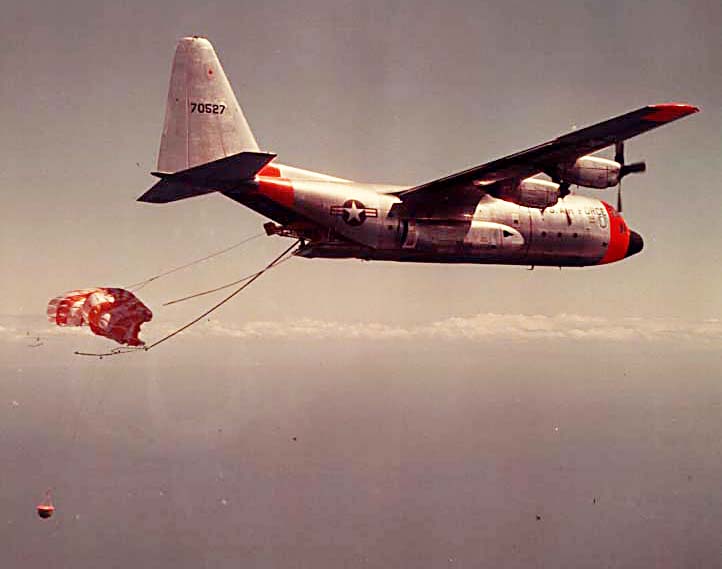 A couple of commercial space launch companies are steering clear of bringing their boosters back to Earth under their own power and are instead borrowing a technique from the dawn of space exploitation. Wired says United Launch Alliance and small-launch provider Rocket Lab plan to grab their boosters out of the air with helicopters as they hang from parachutes. In the 1960s, rolls of photographic film shot by cameras on the first spy satellites would be snagged out of the air by C-130 aircraft towing hooks. The rocket companies say the parachute recovery system will be cheaper than trying to develop the elaborate guidance and control systems that SpaceX and Blue Origin use to bring their boosters down under rocket power.

The systems are more elaborate than the long hook used in the 1960s, however. United Launch  Alliance will discard most of the booster and recover only the valuable engines inside it. They will be jettisoned, drop through the atmosphere in a heat-resistant inflatable cone and slow down with the aid of a “hypersonic inflatable aerodynamic decelerator” that will get it down to parachute deployment speed. Rocket Lab will recover its whole booster by using an “aero thermal decelerator” that it doesn’t want to share details on. After popping the chute, the steerable canopy will face into the wind and essentially hang there until the helicopter arrives. “We’re not trying to innovate here,” Rocket Lab CEO Peter Beck told Wired. “This has been done in a number of experiments in the past.”