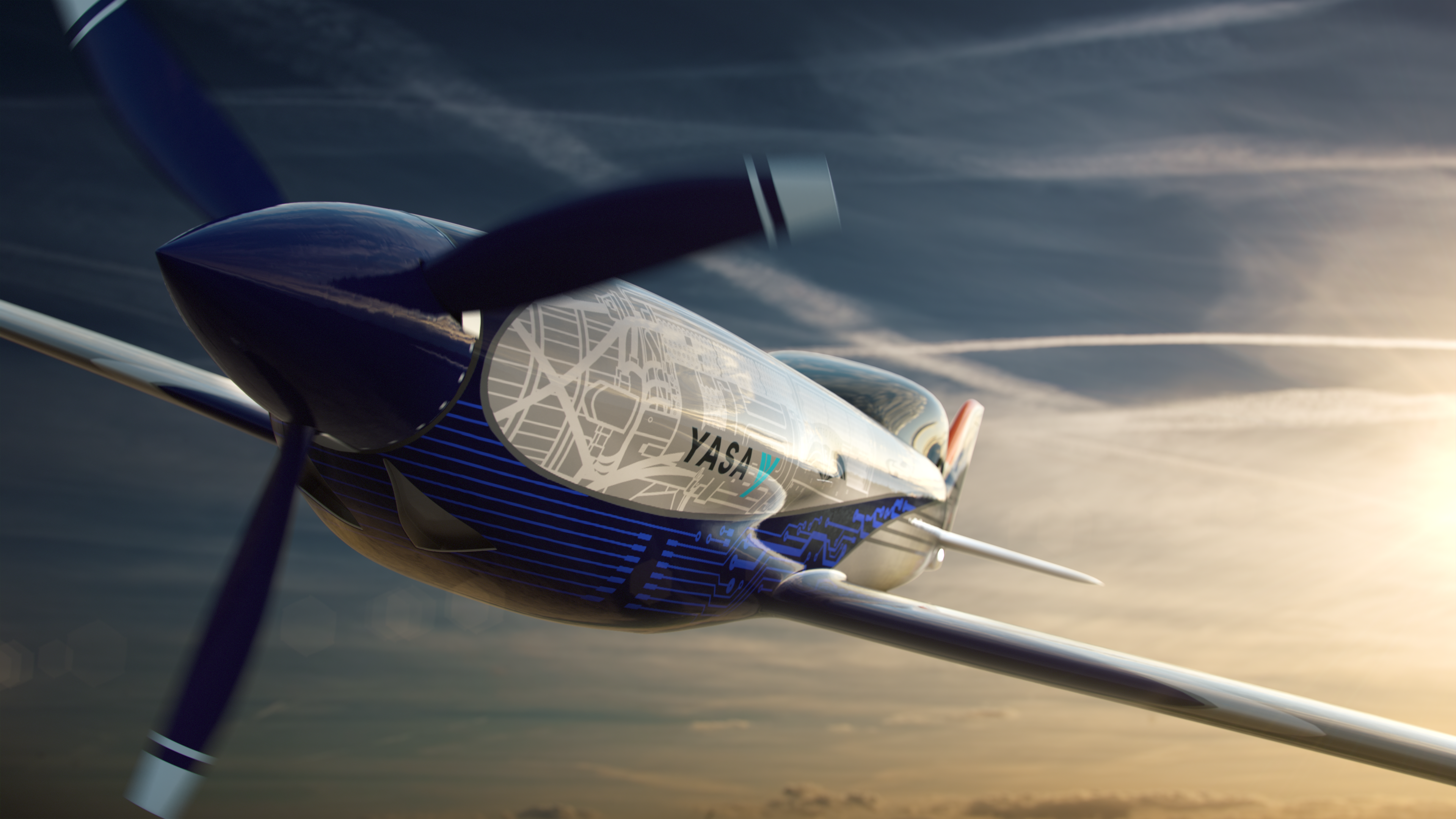 The Rolls-Royce ACCEL program, short for Accelerating the Electrification of Flight, has successfully completed its initial taxi tests, an important milestone prior to first flight. The airframe is based on the Nemesis NXT homebuilt, which was designed as a Reno air racer and 10 kits were put into the world. According to Rolls-Royce’s minister for Business, Paul Scully, “The taxiing of Rolls-Royce’s ‘Spirit of Innovation’ forms part of an exciting new chapter in aviation as we move towards its first flight in the spring. Set to be the world’s fastest electric plane, this pioneering aircraft highlights the value of close collaboration between industry and government. The UK is committed to achieving net-zero carbon emissions by 2050. Through government grants for research and development, we’re championing innovation in the aerospace sector to meet this ambitious target as we build back greener from the pandemic.”

The following feature, published last summer in KITPLANES, gives a detailed look at the project, which is due to fly this spring.

Early days are always interesting, and these are certainly early days in electric flight. But as the world awaits a truly energy-dense method of storing and releasing electrons, a few pioneers are paying their dues with crafty experimental airplanes. They’re not only improving the breed, but are gaining valuable real-world experience in what electric airplanes require. That is, what hardware the airplanes need, and perhaps more importantly, how aircraft and propulsion companies need to adapt their structure and capabilities to work with electric motivation.

Understandably, much of fledgling e-aviation has centered on super-efficient sailplane-like airframes to eke out barely workable endurance at the cost of blushingly modest performance. But a few are taking the reciprocal approach, valuing performance over endurance. One notable is Walter Extra, who in 2013 used an electrified version of his aerobatic ships to set the reigning 3 km electric aircraft speed record at what we can all agree is a modest 210 mph. Of course his Extra 300 remained optimized for rapidly changing direction, so a more speed-oriented airframe would help. And so would a stronger dose of power.

To that end we were thrilled to hear from adventurous Brit Andy McKee, last seen in these pages piloting his ULPower’ed Silence Twister across the Atlantic, then across all of North America and back home again [“The Real McKee,” May 2018]. Today Andy labors at Electroflight, a 2011 start-up headed by Roger Targett. Electroflight, in turn, has partnered with none other than Rolls-Royce, with significant U.K. government backing, to bring the electric speed record—along with the knowledge and technology gained—to England. What they’re working on is very much in the performance-or-bust category, namely a largely stock Nemesis NXT airframe coupled with meaningful—if short legged—electric power. The plane is part of a Rolls-Royce initiative called ACCEL, short for “Accelerating the Electrification of Flight,” and is a key part of Rolls-Royce’s strategy to champion electrification.

The electric NXT project is actually Electroflight’s second e-foray. Targett, whose background is in glider and sport plane fabrication, including work on Paul Bonhomme’s Red Bull Air Race team, began by designing and building his own all-carbon fiber P1E e-speedster in 2011. Using a Cassutt wing and his own sleek fuselage housing a pair of YASA electric motors and counterrotating fixed-pitch Hercules propellers, the P1E was aimed at competing in an ultimately stillborn electric racing series. Thus, the P1E was never finished or flown.

Instead, realizing that if exceeding the P1E’s projected 300-mph maximum speed was desired, a larger airframe was needed to house a larger battery pack. Sport-class Reno air racing seemed a good place to ferret out such an airframe, so the now managing director of Electroflight, Stjohn Youngman, was dispatched to the Reno races in 2016 to investigate. Of course he found a legion of slicked-up Lancairs and Glasairs, but these were eliminated for potential CG and packaging issues when electrified. Instead, the Nemesis NXT—which wasn’t even racing that year—looked perfect, mainly because it has no fuel in its wings. Instead it features one rather large gas tank between the cockpit and engine. This is perfect placement and concentration of the battery pack—right atop the CG—and so the NXT was selected.

Trouble was, there were no NXTs to be had. There were none for sale and kits were no longer in production. NXT designer Jon Sharp had built just the five kits necessary to homologate the NXT for racing, then air racer Kevin Eldredge had kits numbers 6–10 built and eventually they were all sold. Electroflight searched for half a year without luck and was considering buying a flying NXT and modifying it, but Rolls-Royce preferred a new build.

Shortly thereafter, kit Number 10 was discovered in France. Noted race plane builder Andy Chiavetta had already begun—and stopped—work on this kit for a client who apparently was planning on excess power as the tail group had been enlarged, plus many parts were missing. But perhaps only 5% of the kit had been assembled and the large tail modification could be put back to stock, so Electroflight bought the kit. There, chief fabricator Rob Martin, plus Robert Targett and our friend McKee, became the airframe’s main builders. A composites expert 30 years on, Martin’s background in F1 and IndyCar construction transfers well to aircraft.

In addition to kit Number 10, Electroflight also bought Big Frog, a completed, flying French NXT that had been wrecked. It had been constructed with removable wings, which adds weight—the last thing a battery airplane is looking for—and was generally too far gone to rebuild in any event. Electroflight has turned it into a static test rig for the new powertrain, nicknamed ionBird.

McKee notes the NXT airframe is a tricky build. Certainly it’s another level of difficulty over his for-the-masses Silence Twister, which is a very complete kit, whereas the NXT was never intended for general enthusiasts. Additionally, Electroflight elected to move to pre-preg construction as much as possible to save weight and form complex shapes, plus there is no manual, just a series of largely incomplete videos. However, in a fortuitous case of geographical and project sympathy, Englishman Colin Boyd currently owns the rights to the NXT and generously offered the Electroflight team access to the NXT CAD files. It’s in the specifications and margin notes of these files where the real NXT build manual resides, so access to them is what has made the ACCEL NXT possible. Boyd supplied molds to build replacement parts as well.

Looking at it conventionally, the ACCEL NXT has three complete “engines” and “fuel” systems. There are three electric 750R AC motors, again from English motor specialist YASA, all of them driving the single MT electrically controlled three-blade constant speed. Maximum continuous power is 400 kW. For an idea of how compact these round motors are, they’re smaller in diameter than the NXT’s admittedly large spinner. Together the motors take up ridiculously little room just behind the spinner, about what a small prop gearbox would in a conventional application. The three drive a common prop shaft as an idle electrical motor can freewheel, so there is no need for a mechanical disconnection.

Definitely larger is the battery pack, physically a single rectangular grouping of 6000 Li-ion cells. There’s apparently some software magic Electroflight only hints at in the way they electrically join together and manage these batteries, but the basic electric layout is in three channels, such that each motor has its own channel. This allows using any combination of motors in flight, which helps with what little endurance there is, or as a safety measure. The plane will maintain altitude on one motor and battery channel.

Weight is the big challenge with batteries, and Electroflight confirms their NXT posts a hefty 2600-pound takeoff weight—which, unlike with gasoline, doesn’t drop as electrons are consumed—and the battery pack by itself easily outweighs the remainder of the aircraft. “It’s a battery with wings,” is how Andy puts it. One weight savings is the lack of a protective metal crash box as mandated in cars.

As the batteries produce DC current and the motors are AC, a three-pack of Sevcon converters is required. The batteries, inverters and motors produce heat and require high-capacity cooling, and here Electroflight and YASA have gotten crafty. Instead of running coolant around the components, they’ve routed coolant right into the heart of both motors and batteries. This requires a non-conductive “dielectric fluid of some sort,” along with a pump and two heat exchangers. The latter will live at the bottom of the cowling, about where the stock NXT cooling air exits live. Paulo Iscold’s main work in the project has been this cooling system, and our speculation is the effort’s location in the heart of the world’s automotive professional racing industry—the English midlands—has resulted in more than a little cross-pollination between top-flight auto racing and the ACCEL NXT.

Electroflight has been making steady progress, having set themselves a two-year deadline in 2018. They partnered with Rolls-Royce in 2017, obtained the NXT kit and had it in their shop by March of 2018. Last year Electroflight rolled out their NXT airframe—sans powertrain or other internal fittings—while 2020 has seen extensive powertrain testing mounted on the ionBird test stand. When you read this, powertrain development should be complete, or nearly so, with emphasis then shifting to installing it in the NXT. The record attempt—somewhere in the UK—will follow as soon as the NXT is complete. Electroflight was aiming to fly this spring or summer, but that was pre-COVID-19, and record attempts, like weddings, tend to start a little later anyway.

Just what performance is expected? With a totally new power source that’s difficult to say. Certainly any speed well over 300 mph would be a big win, and entirely reasonable with 400 kW continuous (535 hp) on hand. Unfortunately, some dramatic peak power figures were cited early in the ACCEL NXT’s development, but peak electric motor numbers reflect only a few seconds of capability. Thus, the far more conservative continuous rating is the appropriate measure, and they suggest something around 330 mph. Let’s note that the ACCEL NXT’s combination of hopefully lowered cooling drag, slower rotating, more efficient prop but higher weight make our horseback prognostications just a guesstimate. We’ll all have fun finding out.

Then there is endurance, which Me 163 Komet pilots could relate to. Again, early press materials are today said to be optimistic now that the team has some experience running their powertrain on the test rig. In any case, the inside word is, left at maximum power the e-NXT exhausts itself in 6 minutes, which just goes to show how much energy there is in a tank of gasoline. Given a more typical flight profile using partial-power takeoffs, expect 10-minute flights over the airport but no more. This is exactly in keeping with the ACCEL NXT’s mission, which is just as highly specialized for speed as other electrics are for endurance. As always, it’s difficult to have both.

KITPLANES® will have more on this intriguing aircraft and its record runs as they occur.

The story of modern electric aircraft speed records is short, as seen in the following timeline.