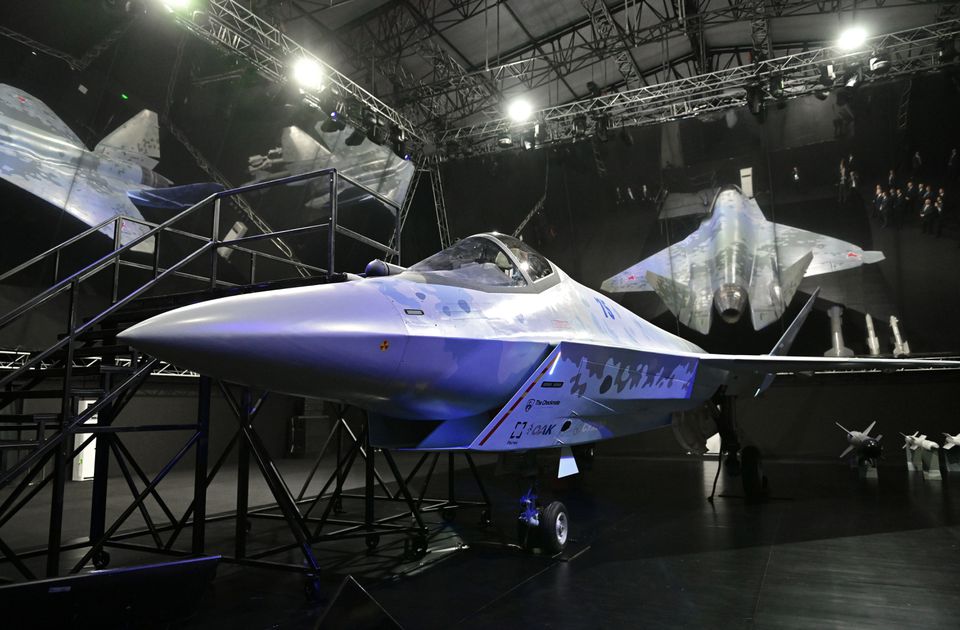 The aircraft is expected to make its first flight in 2023, and could enter service as early as 2026, according to Russian state corporation Rostec, which includes Sukhoi. Plans for variants include a two-seater and an unpiloted version.

The Checkmate is a so-called fifth-generation single-engine fighter. It will have a range of up to 1,864 miles and a top speed of Mach 1.8 to 2.0, and will be competitive with the U.S. F-35, according to Rostec. Russia’s other stealth effort, the Su-57, is a twin-engine aircraft and is also built by Sukhoi.

Rostec announced the new design will apply artificial intelligence technology among other advanced combat aids. Low cost is another asset Rostec cited as an attraction to potential third-party buyers from other countries.

The prospective Russian fighter jet appears intended to compete with the U.S. F-35 Lightning II fighter, which entered service in 2015.