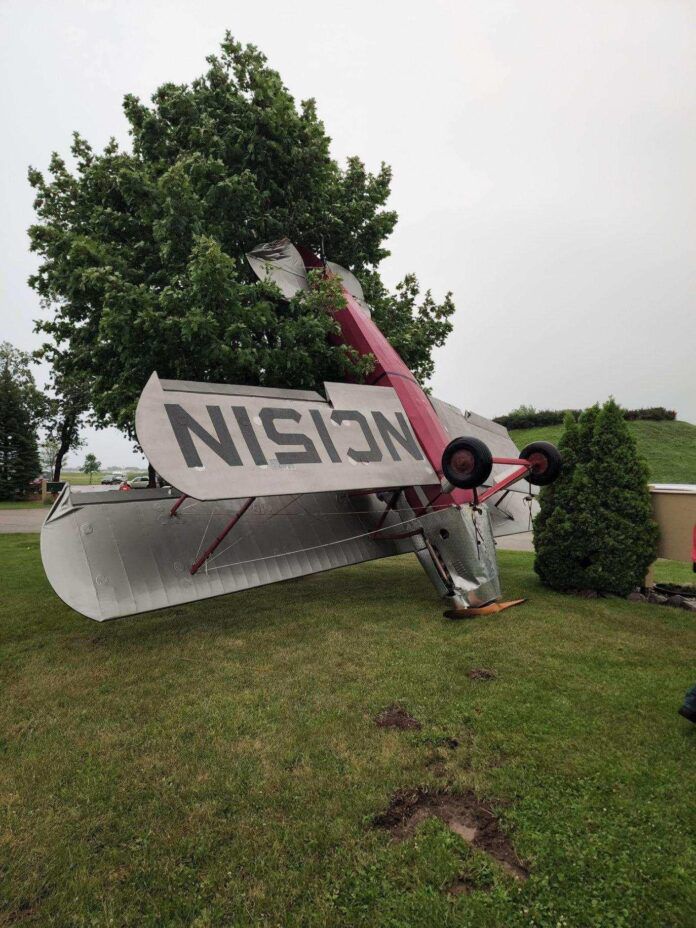 Early reports suggest there was damage to aircraft and infrastructure at EAA AirVenture when a persistent series of storms rolled through the area Saturday evening and early Sunday. EAA spokesman Dick Knapinski told local media aircraft on Boeing Plaza were damaged and some exhibits and other items blown around. Trees were blown down and vehicles damaged by falling branches. He said he thought aircraft in the parking area were mostly secured but there are social media accounts of aircraft damage. The main gate was also damaged. So far there have been no reports of injuries. The Red Cross opened an evacuation center to help attendees ride out the storm, which was packing a big punch well into the early hours of Sunday.

Show organizers had plenty of notice of the approaching system and canceled evening activities. The show doesn’t officially start until Monday but there are numerous events and preparation activities on the grounds before the gates open formally. One of the casualties of the storm was an especially rare Pheasant H-10 biplane built in nearby Fond du Lac and owned by the EAA Museum

According to social media posts, the aircraft was securely tied down but was ripped from its moorings and flipped into a tree. The plane is apparently one of three left, and airport namesake Steve Wittman was the chief test pilot. It took significant damage but was mainly intact in the early evening.