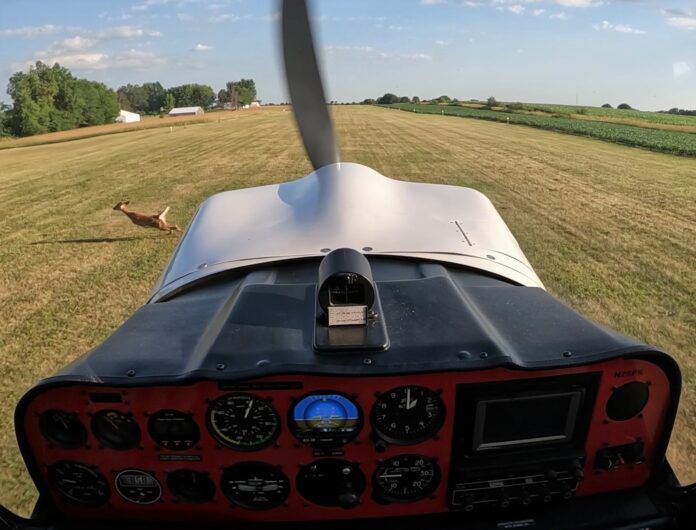 Inside a windowless cubicle beneath the FAA’s Oklahoma City HQ, there’s a GS-12 federal employee named Katherine “Kate” Strauss, who catalogues aviation fears. Her job isn’t to invent them, nor to act upon the infinite varieties. We pilots do that. She merely assigns labels to the willie-givers that make us choose “No-Go” when “Go” might’ve been reasonably safe. Reason and Safe being two muses who tease the decision-making process along with their sisters, Guilt and Impatience.

NTSB, an entirely different organization, oversees postmortems of those who imprudently select “Go” when “No way in hell” was the wiser option. Strauss, who’s been on duty since the predawn of flight, and is fictional, conjures up the terminology for the invisible snakes that slither into our psychic cockpits. We’ll consider one momentarily. But first, who writes this stuff?

Aviation writing splits into two, broad categories. One, in which I mostly trade, is the flying as unearthly bliss genre, loose with facts, sticky with romance. The sound of a radial engine cranking at eventide, the scent of avgas running down your sleeve during preflight on a winter’s morn, or the smile on a Mooney Mustang owner’s face when finally unloading the unsaleable airplane on a buyer from a country so remote the pressurized albatross will never return, even if the buyer’s check does. All are tastes of why we fly or rationalizations supporting our choices.

The work of writers like me (or I) may be cloaked in the threadbare mantle of serious endeavor but should be approached with skepticism. Some of us are not serious people. You wouldn’t want me as your airline captain. “Folks, weather in Fargo is kaputnisch, so let’s fly down to Rio. First officer Garrison knows the way. Thank you for choosing DreamFlot, where destination is irrelevant.”

The other writing category is profoundly serious; its soundtrack heavy with minor chords, as it analyzes in cold detail the countless ways cloud-gazers screw up. We get lost, run tanks dry, lose directional control, hand-prop unsecured airplanes, bust assigned altitudes, cross hold-short lines without permission, clean our windshields with Lemon Pledge instead of PMA-approved cleansers, and in extreme situations don’t exhibit basic command of what makes aircraft fly. I blame such failures on K-12 school systems, proof of which is the shameful number of graduates who know nothing about cross-controlled stalls or wing loading in steep banks. What in blazes are they teaching?! Other than interrobang theory.

Striking a balance between the two yinged-up yangs is Strauss—remember her?—who supplies the words to fear by but without passing judgment, and she featured “cementophopia” in the latest FAA Anxiety Handbook, Be Afraid, Be Very, Very Afraid. (FAA-H-8086-d.)

Cementophopia is tricky to decipher. It’s not the fear of Cement City Washington, a real place that in 1909 changed its name to the much catchier, Concrete. Its airport, Mears Field (3W5), hosts the Concrete Old-Fashioned Fly-in, featuring “vintage, classic, and antique aircraft” that I assume are made from concrete.

Cementophopia is the “fear of cement and/or concrete or other paving surfaces.” While cement and concrete are not synonymous terms, they’re interchangeable in uncivil engineering circles. Those other paving surfaces to be feared include, but are not limited to, asphalt and tarmac. Tarmac is short for tarmacadam, the name attributed to Scottish engineer John Loudon Macadam, who in 1820 tarred crushed stones, so local grocer, John “Johnnie” Walker, could transport his blended whisky to countries that don’t appreciate single malts. True facts ignored by non-aviation media.

Non-av reporters use “tarmac” as a generic term for any airport surface, outside long-term parking. To nosewheel pilots, hard surfaces seem preferable to turf, while the opposite holds for tailwheel pilots who prefer grass (turf), because pavement degrades tires, even with proper rudder technique. More importantly, Cubs just look better on grass. Self-image is the core of tailwheel operations: Who’s watching, and how good do I look? But despite the comfort of tailwheeling from our local turf runway, my Citabria nearly came to grief in an encounter with a silent threat for which no vaccine is approved. See accompanying photo for a hint.

My friend, Tom, had returned from a late afternoon acro session, and as the 7ECA gently touched with multiple Go-Pros recording perfect alignment on the manicured runway, something evil approached with the speed of a Javelin (rocket, not the 1970s American Motors car). A deer launched itself from the nearby bean field, where young bucks congregate, smoking cigarettes and daring impressionable yearlings to dart in front of airplanes. Although slowing, the Citabria was still too fast for Tom to stomp the brakes, a wise micro-second choice, because it would’ve spiked the airplane on its nose. Swerving or going around were not options, so Tom braced for the doe-in-a-blender encounter, spraying gooey bits all over the Pledge-polished windshield.

They missed, and the triumphant deer vanished into the weeds where it would brag about how close she came to tagging an airplane. There’s no lesson here, other than stinkin’ deer are everywhere and don’t limit their sport to motorcycles. These suicidal beasts may not be out to get us, but Kate Strauss knows better and recommends inserting “elafiphobia”—fear of deer—into our flight bag of paranoias. This doesn’t mean we should overinflate its threat in ground effect. Fear is the elephant in the pilots lounge. Respect it but don’t let it ruin your plans, or Kate will add “pachydermophobia” to No-Go excuses.

Fear skulks around airports, looking for easy targets, but so does hope. Last spring, the FAA blessed off-pavement operations within Runway Safety Areas (RSA). Must’ve figured tailwheel pilots were going to land in the grass beside hard runways, so might as well lead from behind and make it legit. Doesn’t mean I can land my Citabria anywhere at O’Hare. There’s paperwork first. With AC 150/5300-13B guidance, airport authorities can request approval for turf operations, and once FSDO agrees, Funk pilots will experience splendor in the grass without fear, as the Muses intended.