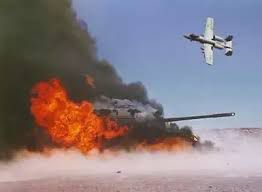 Ukraine is saying thanks but no thanks to a suggestion the U.S. Air Force donate its unwanted A-10 Warthogs on the war-torn country. Air Force Magazine is reporting Ukraine would much rather have F-16s. “We have been requesting combat aircraft from our partners for a long time now,” Yuriy Sak, adviser to Ukraine’s minister of defense, told Air Force Magazine by phone from Kyiv on July 21. “We need Western-standard fighter jets. We need Western-standard combat aircraft.” He said he needs “fast and versatile” aircraft rather than the somewhat ponderous Warthog.

Last week the Air Force floated what it thought was a politically irresistible way to get rid of at least part of its fleet of A-10s. The New York Times is reporting Air Force brass wanted to donate some or all of the close support “cannon with wings” aircraft to Ukraine and training its pilots to fly them. Air Force Secretary Frank Kendall said he’s considering the idea but it’s still in the discussion phase.

From an operational point of view, the Air Force brass thought the A-10 was well suited to Ukraine’s needs given the grinding war against Russia has morphed primarily to a game of inches on the ground with tanks leading the charge. A-10s were designed specifically for this kind of conflict and carry weapons to kill tanks and give close support to ground troops. The Air Force has long considered this kind of battle obsolete and said the A-10 is irrelevant and extremely vulnerable in the types of conflict it envisions in the future. The Ukrainians seem to agree.

“They are a great support machine, very durable, very deadly. And the enemy cannot hide even behind tank armor when it meets A-10s,” he said. “But then, at the same time, they are slow. And, to operate them efficiently—and we know this from our pilots—they are really vulnerable to the enemy’s air defense.” Sak said the A-10s would likely be easy targets for Russian antiaircraft systems already in use in the Ukraine conflict.

USAF wants the money it spends to keep the A-10s flying used to support modern aircraft better suited to modern conflicts. Kendall said sending Ukraine U.S. aircraft is on the table but he wouldn’t discuss details.

“Older U.S. systems are a possibility,” Kendall said. “As Ukraine, which is pretty busy dealing with the right-now problem, tries to sort out what its future will be longer term, we will be open to discussions with them about what their requirements are and how we might be able to satisfy them.”