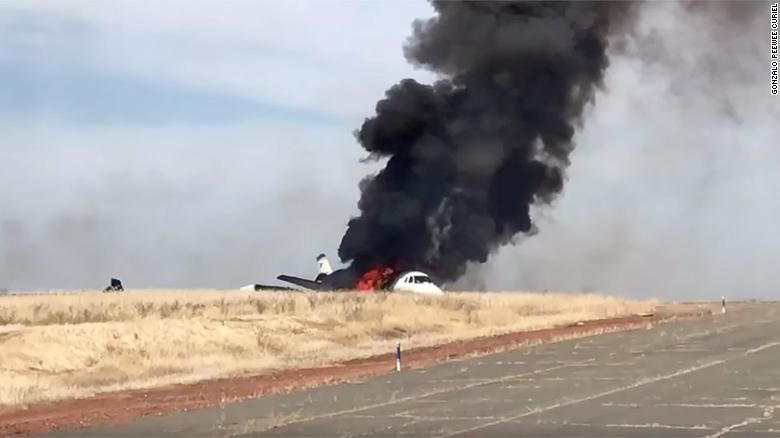 Ten people—two pilots and eight passengers—survived a fiery runway overrun in Oroville, California, Wednesday morning local time. The aircraft, a Cessna Citation, was taking off from Oroville for a flight to Portland, Oregon.

The Citation had just taken on fuel at Oroville and evidently overran the runway on takeoff. Both main gear legs appear to have collapsed and the aircraft caught fire shortly after it came to rest.

“They were out of the plane quickly,” Rick Carhart, a spokesman the CalFire/Butte County Fire Department said after the accident. Although crews responded quickly, the aircraft was fully involved in flames by the time crews attempted to extinguish it. Post-accident photos revealed that the aircraft was destroyed by the fire and nearby Highway 162 was closed briefly.