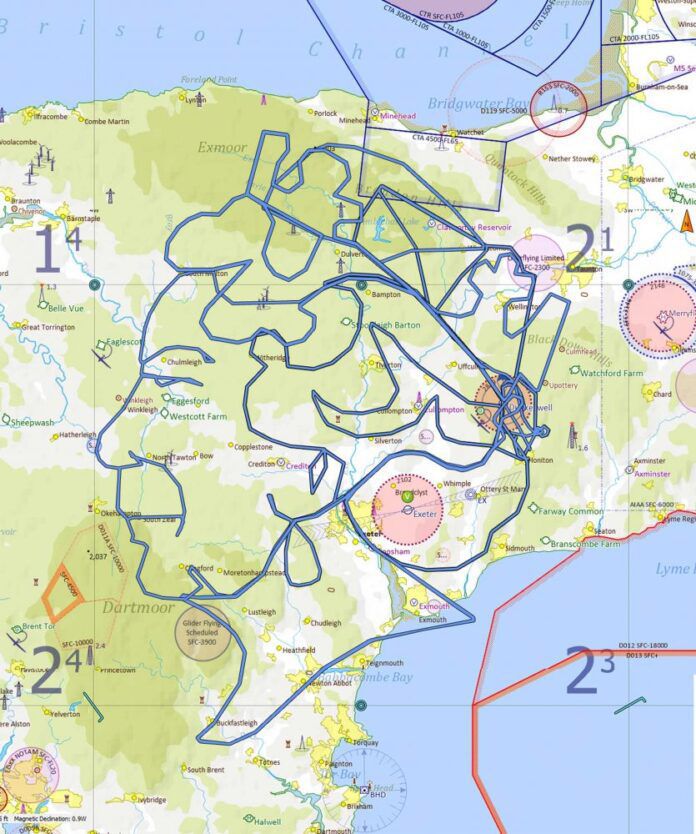 A group of U.K. pilots has thrown down the gauntlet for would-be aerial flight tracking app artists with a next-level effort that pays homage to their long-serving Queen. Rather than a one-dimensional outline of a shape that resembles a person, the six aircraft and 12 crew from Henstridge, Somerset, ended up creating a striking image of Queen Elizabeth in a tribute to her platinum anniversary on the throne. And according to our friends at Flyer Magazine, the team, dubbed Art Force One, didn’t know what they were creating until the final flight was flown and the resulting patterns put together. “Each team was given a small, unrecognizable chunk which, when flown, recorded on SkyDemon and sent back would be stitched together digitally to form the final image,” Team Leader Amy Whitewick told Flyer.

Whitewick generated the individual flight segments in 10 hours of computer work and the result was precise and convoluted courses to follow with a total of 365 heading changes. The assignments were issued to pilots ranging from one who was only recently certificated to seasoned military and commercial operators in diverse aircraft that included a Zenair Zodiac, Just AirCraft SuperSTOL, Cessna 150 & 150 Aerobat, Vans RV6 and Beagle Pup. It was up to the pilots when to fly the routes based on their availability and weather and Whitewick was astounded by the results. “I completely underestimated what an incredible learning experience this would become for all of us.”