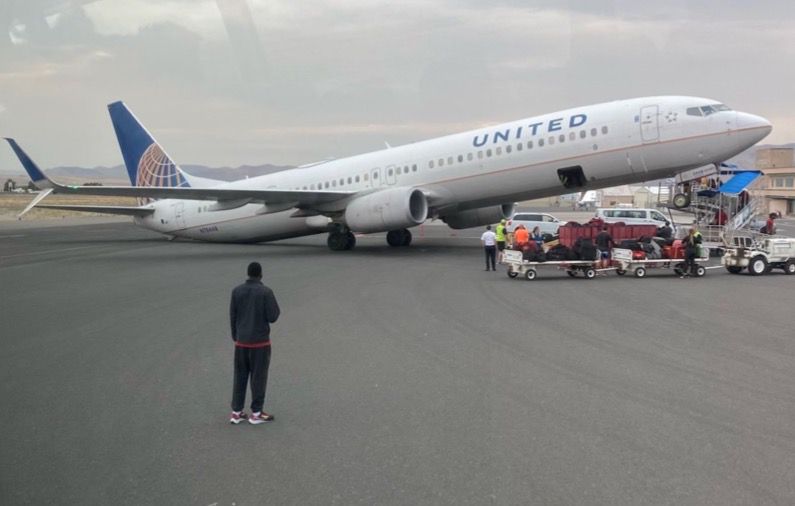 More details have come out related to the embarrassing tail-strike episode involving a chartered United Boeing 737-900. As previously reported, the airliner was carrying the University of Southern California (USC) football team to Lewiston, Idaho, on Friday for a Saturday game with Washington State, just across the state line.

United issued the following statement: “United flight 2509 flying from Los Angeles, California, to Lewiston, Idaho, landed without incident. However, due to a shift in weight and balance during the offloading process, the tail of the aircraft tipped backwards. No ground personnel, customers, or crew reported any injury.”

According to multiple posts on news stories related to the incident, standard procedure calls for using a tail stand to ensure the stretched 737-900 would not be susceptible to balance issues while parked, but ground crews at Lewiston either did not have a tail stand available or the procedure slipped through the operational cracks.

Despite several suggestions that attributed the incident to hefty linemen being the last to disembark, a USC spokesperson told local news outlets that all the players had already deplaned, and it was only support staff members who were left on board at the time. No one was injured—and USC went on to win the game.