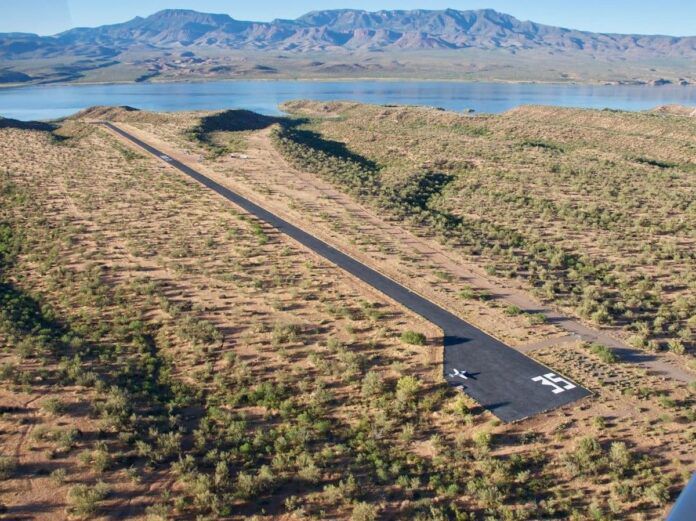 Supporters of backcountry aviation gave more than just their time, cash and energy to repave the 3,800-foot runway at Grapevine Airstrip (88AZ) in Roosevelt, Arizona. The Recreational Aviation Foundation (RAF), 99s and the Arizona Pilots Association (APA) all contributed, and RAF Arizona liaison Mark Spencer added, “Hundreds … gave their time, money, sweat, and even blood—everything has thorns in the Sonoran Desert.”

The volunteers worked with the U.S. Forest Service to restore the airport to a safe condition, Spencer noted, adding that the location is popular among pilots visiting from central Arizona and the Phoenix area. The $30,000 cost of the project was shared by the U.S. Forest Service, the APA and the RAF through a Master Challenge Cost Share Agreement. The Forest Service’s Tonto National Forest paid $15,000, APA raised $10,000 and the RAF ponied up $5,000.

Spencer said, “As one of only two asphalt airstrips we know of on Forest Service lands, it is also frequently used by National Guard helicopters, Air Force Search and Rescue training, and has been a critical part of fire operations over the last two years for the Forest service. Grapevine is an example of what can be accomplished through partnering.”