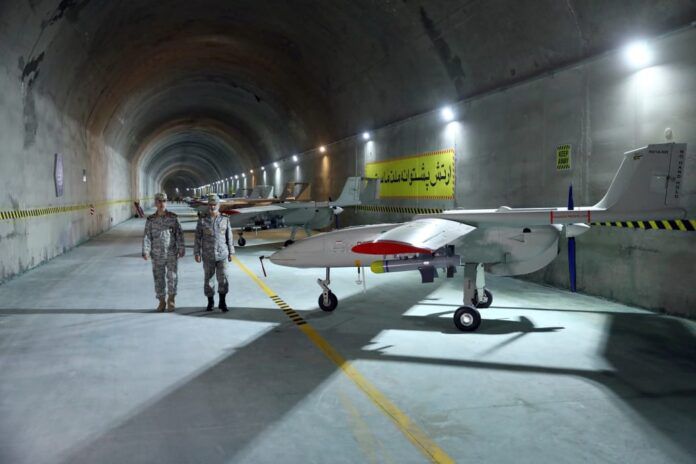 During my forced sojourn as a hurricane refugee last month, by happenstance, I had one of the most remarkable flight experiences of a 50-year-plus flying career. Maybe not the most amazing, but certainly in the top five. And my feet never left the ground.

Yeah, it was a drone. A new one from DJI called the Avata, which just hit the market during the past couple of weeks. According to the marketing babble, the Avata is intended as an entry level FPV drone which is amusing considering that it costs nearly $1900 fully kitted out. It’s not something I would buy but its capabilities are remarkable. FPV, in case you’re not familiar, means first person view and it essentially means that in flight, you see what the drone camera sees through VR-type goggles or a display. My ancient Phantom has a flat display and I have flown it FPV, but it’s a crude experience compared to the Avata, mainly because the goggles make the experience almost as dramatically immersive as flying in an aircraft.

Rather than a control box with two joysticks, the Avata has an integrated motion controller that’s sort of like the grip on an aircraft control stick, but with the stick sawed off. The throttle is a trigger button. It’s utterly intuitive. With zero training, I was able to understand immediately that merely tilting the controller left or right turned the machine and pitching it back and forth controlled pitch.

Within minutes, I was flying the thing around trees, under branches and skimming a foot above the grass runway at the private airport we were flying from. The goggles are high-def with good color an unlike a flat display, depth perception is almost like looking through the windshield of an airplane. A little H on the screen orients the operator to home—where he or she is standing. It’s child’s play to fly it right back into your hand if that’s your game. It’s also stealthy, thanks to some carefully engineered blades and guards. Even 10 feet away, it doesn’t have that annoying out-of-sync buzz my Phantom does.

The consumer drone market has matured to the point that you can buy them for under $100, including some FPV models for not much more. But it’s the flight dynamics that I found most impressive. Control response is smooth as buttah and I couldn’t detect much latency. I came down to earth when I stripped the goggles off, but not necessarily literally. It occurred to me that DJI is a Chinese company and owns 70 percent of the consumer and commercial drone market. Chinese companies as a whole have 80 percent market share.

And China being China, that expertise has percolated upward into the defense industry. China is now the go-to source for inexpensive, capable armed drones. It has delivered at least 200 to 16 countries and is rapidly proliferating capabilities the U.S. perfected and once owned. And not just China. Iran, Turkey, Israel, Pakistan and India are also finding success with export drone technology, something Russia apparently lags in, given that they have purchased and are deploying Iranian drones. Proxy weapon wars are nothing new, but drones have the potential of being powerful field levelers. They allow even small militaries to project armed ISR—intelligence, surveillance and reconnaissance. That is, in fact, what Ukraine is doing against Russia and effectively, if general press reporting on the conflict is accurate and reliable.

But I wonder and worry if U.S. and NATO forces are keeping up in counter-drone warfare. Given the way of the world, it seems inevitable that the U.S. will be dragged into a shooting conflict in the Middle East or Asia, where China continues to saber rattle over Taiwan. Iranian drones have proven capable enough, but could Chinese variants pose more indefensible threats? And are enough resources being dedicated to counter it? I think we are all loathe to see U.S. forces confronted by drone threats they can’t counter or to have their own ISR blinded by capabilities we don’t know about.

In the Middle East, at least, the U.S. has reached an agreement to establish a counter-drone test range in Saudi Arabia, the idea being that no single country can mount defense in detail against ever more capable UAVs and what’s needed is a stitched together defensive network spanning the entire region. Evidently, these plans will survive the recent dust-up with Saudi Arabia over OPEC oil production.

The defense press is reporting on other counter-drone technologies, including the Israeli made hand-held Smart Shooter for forward units, a wider area RF-based system called the Installation-Counter small Unmanned Aircraft System (ICsUAS) and a more basic kinetic approach called Vampire. I think it’s reasonable to assume others are in the works that we don’t know about. It’s also reasonable to assume that counter drone warfare offers no magic bullets.

Ukraine proves this. In addition to representing the most intense UAV battlefield yet, the conflict has been an intelligence bonanza for Western agencies wondering about the capabilities of Russian and Iranian drones. I haven’t seen any reporting on Chinese UAVs, but that doesn’t mean they’re not there. Perversely, Western companies drive some of this UAV progress.

One of the more widely used UAVs is the Iranian Sahed 136, which the daily press calls a Kamikaze drone but which military professionals call a loitering munition. That may be a bit of a misnomer because from public source descriptions, the Sahed 136 doesn’t loiter, but is launched en masse from a rack containing five of the aircraft. It would appear that the target coordinates are loaded into the aircraft and it performs like a cruise missile. Think of it as a V-1 with smart navigation. With a wingspan of 8 feet on a length of 11 feet and powered by what appears to be a copy of a two-cylinder Limbach 550, the Sahed might as well be straight out of general aviation. Navigation is listed as GNSS, which could be anyone of five satellite nav systems. My guess is GPS and the European Galileo are at the top. Maybe China’s BeiDou system, but it’s relatively new.

How effective it is is open to debate. Ukraine claims to have shot down more than 300 of the drones, but this could be disinformation. Some have clearly hit their targets and with a warhead up to 110 pounds, that’s about the equivalent of 155 mm artillery shell. It’s a wallop. With five launched at once, the aircraft swarm is supposed to overwhelm the defenses. Among the things Western intelligence agencies have learned about the Sahed 136 is that its guidance system uses American-sourced chips and other components are from Europe. Something to think about when the U.S. made no objections to the Chinese buying major general aviation manufacturers whose technology can easily undergird the low-tech requirements of small UAVs.

Where all this goes from here is anyone’s guess. But it’s clear we’re seeing history being made in a paradigm shift of how modern wars are fought. Pity we can’t put all the effort and creativity into the peaceful pursuit of just fooling around with harmless airplanes.