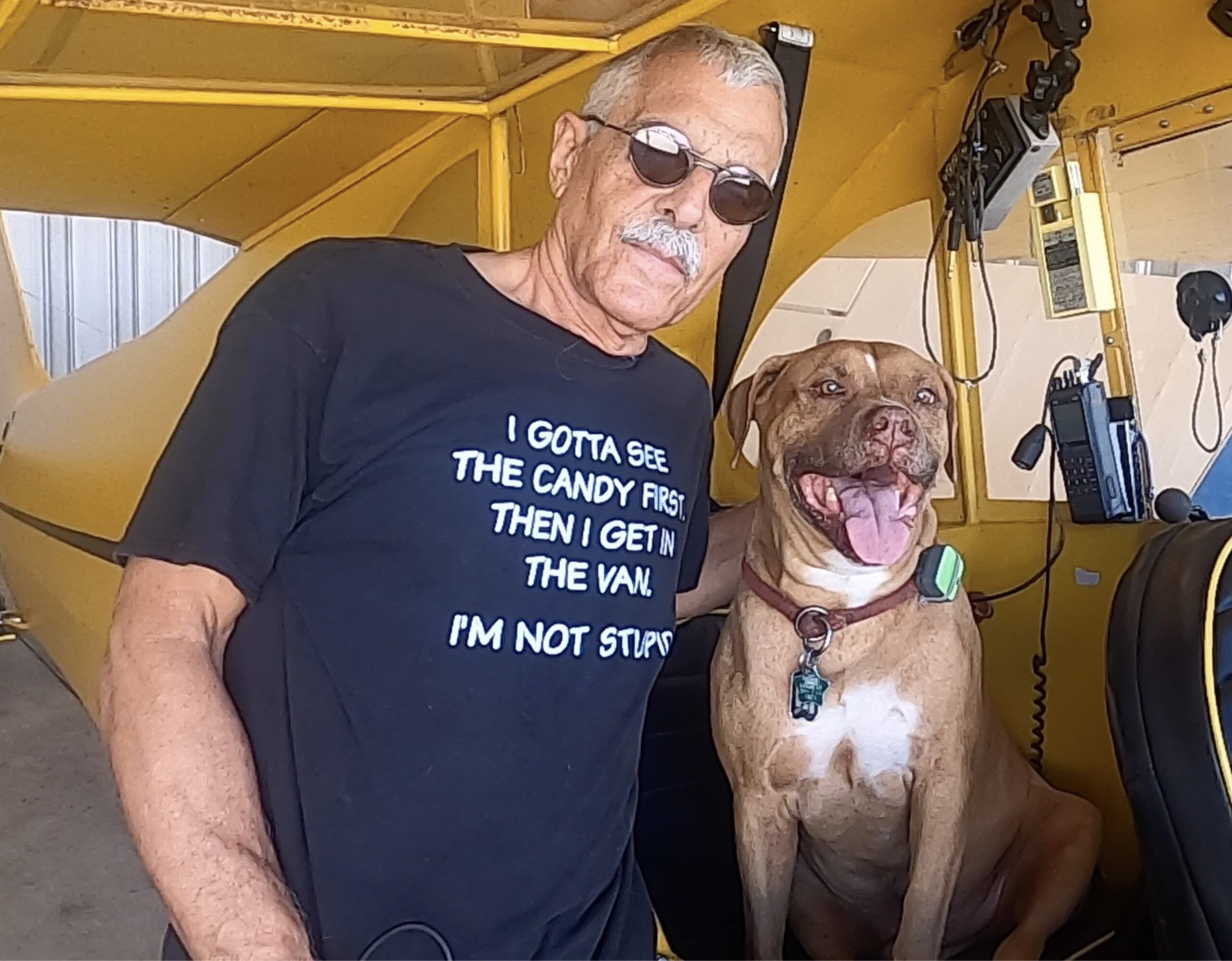 Waiting for the clouds to part a couple of weeks ago at the drop zone, I was trying to explain how flight instructors teach student pilots to land. I may be a little rogue on this, but I don’t think we teach them so much as we keep them from smashing the airplane while they learn for themselves. I apply that sentiment to all aspects of learning to fly. Really, it just ain’t that hard.

So I was explaining to my friends that when instructing landings, I basically just sit there, run my mouth as much as is necessary to sort of jolly things along and put my mitts on the controls only in the direst of circumstances. Dire is not an impending bounce or a hard touchdown.

“I could never do that,” one of my friends said, suggesting it must be nerve-racking. I don’t find it so. It’s just the job of instructing, but I acknowledge that not everyone does it this way. I have flown with instructors who hover over the yoke as though they imagine they’ll have to seize control in that microsecond before the fireball. I’ve always thought that people that nervous certainly shouldn’t be instructing nor maybe even flying at all. Like a poorly timed fart, that tension will infuse the cockpit to the detriment of all.

I do keep my feet on the pedals during approach and landing. It has been my observation that you can do a lot with rudder before ever needing to seize the stick. It has also been my experience that if you keep the airplane pointed straight down the runway, it’s less likely that any serious harm will come to you, bounces and swerves notwithstanding.

When flying with someone else, I can’t wait to hand control over, even for a non-pilot. I much more enjoy watching someone else fly and trying to compose the right words to help them fly better than I do actually flying myself. If you’ve done one roll input, you’ve done them all. To me, this is the core challenge of teaching someone the basic hand-eye for stick-and-rudder skills. Provide the essential idea, then shut the hell up and let them experiment.

Back in the winter, a friend of mine who’s a supremely skilled motorcycle rider visited and we did a flight in the Cub. I got the bright idea that his speed sense would be good enough for direct transference to land a Cub. So I planned to talk him through it until just the last part of the flare. Didn’t work. Even though to me short final kind of feels like approaching a technical corner on a motorcycle, it didn’t to him because he’s only seen the corner, not the three-dimensional trajectory of an airplane approaching the threshold. Several tries and in each one, he gave me the controls at 100 feet. I’m still convinced he could have done it with a couple of more tries. It was a fun exercise I want to try again.

And this gets me to pilots who demo airplanes for various companies. Like instructors, they tend to run the spectrum. At the far undesirable end are pilots who think a demo is a ride and so they fly you around for an hour. I’ve had this happen a handful of times, most recently in this video. A colleague noticed this and said, “He didn’t let you fly much, did he?” The upshot is I don’t have very good feel for a gyroplane and I’m vaguely suspicious that they may be harder to fly than I imagine. I doubt if I’ll go learn to fly one.

At the opposite end of this same spectrum is CubCrafters. When you show up, they pretty much brief you and toss you the keys. For the NXCub I flew for this week’s video, I didn’t avail myself of that, but I have in the past. Absent an airplane with weird characteristics or bad habits, this is the best way to learn and evaluate an airplane, just as a student who has been signed off to solo will suddenly experience a boost in confidence and competence.

Once you’ve got the basics down, there’s really not much to be gained by having someone look over your shoulder for another 10 hours. I think it’s often more distraction than it is benefit. In the rarified skill levels of aerobatics and some military flying, the ability required is daunting. But for most of us, it’s really rather mundane. The less we make of it, the easier it is to do and do well.