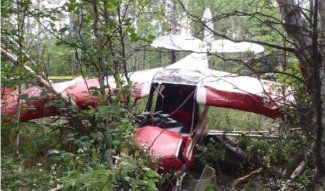 If a thing happens, say, 1000 times a year or about three times a day, is it worth reporting as news? That’s the calculus on aviation accidents, which we report on semi-regularly here on AVweb. We’re not especially consistent about it. We don’t report on all the fatal accidents, of which there about 200 a year. The editors around here each have a slightly different take on whether to run an accident story.

If it’s a high-profile crash with a large number of fatalities or it makes the network news, we feel compelled to publish a report because our readers expect it, or so we think. We think this because occasionally when we don’t run such a story, we’ll get an email or two asking why not. If the accident has video, we’re almost certain to run it because—might as well be honest—videos drive the clicks. Readers vote with their keyboards and that drives the editorial decision making. (Actually, they vote with their mice, but that sounds perverted and mouses is grammatically flawed.)

This, taken together with the established trend of online and social media sources offering instant analysis before the wreckage cools, creates, I think, a kind of psychosis about true risk and a degree of misplaced fear. I’ve written about this before and although I force myself to take a longer view, I’m susceptible to it, too.

Short of a well-designed psychological survey, there’s no way to measure this, but the rising trend of accident reporting—even as the number of accidents declines—may be taking a wider toll in scaring people away from aviation. This week, reader Ken Fagerlund wrote this: “While prevention is important it really has put a damper on up and coming pilots in training to see these reports at this frequency. I have had two students quit as a result of the reports and one was far along into a commercial rating. One student lost all confidence after reading takeoff accident reports.”

Five years ago, I might have said buck up and walk it off, but now I’m not so sure. We’re pummeling audiences with so much reporting on wrecks that it has the effect of distorting the true risk to the extent that some people are concluding that this flying thing is just too dangerous. For older pilots, who sense the terminal end of the mortal coil approaching, that translates as less willingness to assume risk: no night flying, no IMC, no tackling gusty crosswinds. We’ve all seen it. We’ve all felt it. It’s baked into the evolutionary cake.

Ostensibly, the reason for accident reporting is that it informs the reader on what happened so the mistakes won’t be repeated. If I ever believed that, I don’t believe it now. But I’m willing to be proven wrong. I’ve been doing this aviation journalism gig for 30-plus years and if I’ve learned anything, it’s that people like to read about crashes and do so, at least in part, for voyeuristic impulses related to the spectacle. Airborne traffic reporters—when there were airborne traffic reporters—had a perfectly crafted word for this: rubbernecking. Who can drive by the crash scene without slowing to look? Traffic cams somehow take all the fun out of it.

I asked Richard McSpadden at Aviation Safety Institute, which authors the Nall Report, if the recent finding of a decline in the overall rate to 4.69 from 4.87 (3.7 percent) is a real thing, giving the rubbery nature of hours-flown data. He thinks it is because however flawed the data is, the methodology to collect is consistent and so should the directionality be. Conceding that rates based on exposure activity are the best metric, the truest one is raw numbers of crashes, which were down 10 percent in 2020. Ahead of the pandemically disrupted 2020, the trend has been flat to slightly downward since 2013. A story on a particular accident with lots of smoke and fire doesn’t include this nugget.

If you’re getting worn down by all this—and who can blame you if you are—there are two key things to remember. One, the accident rate is trickling downward and is at such a historically low level that minor ups and downs aren’t trends, but noise in the data, like ripples from a rock thrown into the other side of the pond. Our ability to measure meaningful trends, if there are any, is cratered by the small numbers. Second, a necessary skill in modern life is the ability to tune things out and not fall into the habit of doom scrolling. If that sounds like I’m saying stop clicking on the accident stories, that’s exactly what I’m saying. Not to cut my own throat, but collective sanity is more important than page views.

The recently released Nall Report showed a decline in overall accidents for 2020. Yeah, you’d like it for 2021, but get a grip. It’s delusional to think fresher data would make the slightest difference in your understanding of accident risk. And speaking of which, a rate of 4.69/100,000 hours is the lowest it has been since we started tracking accidents. Well, it ain’t zero, but under five chances in 100,000 is an exceedingly low risk. Your personal risk, as defined by you, is higher or lower depending on what you fly, where you fly it and how skilled and current you are. You, after all, are not a wind-driven leaf here; you have a vote in the process. The same logic applies to the fatal accident rate, which isn’t at a historical low, but at 0.83/100,000, is hardly high risk.

For pilots who have been in the game for a while, I see limited benefit in accident reports, frankly. Do you really need to be reminded—perhaps hammered—with rehashing the same causality you’ve known about for 20 years? If so, click on the story, I guess. Otherwise, give it pass. By now, you could probably write the accident report just from the photo. So maybe there is more salutatory in accident reporting that I imagine. Could it be it’s partially responsible for the declining rate? Maybe, says McSpadden. Maybe, I’ll agree. Perhaps newer pilots have not yet been washed in the blood, so to speak, and are not as familiar with the same basic blunder set that causes most aviation accidents. That said, read a year’s worth and you’re pretty much caught up.

McSpadden reminded me of what I already know and what you probably know too. Risk reduction comes from remaining active and current, seeking periodic training, maintaining the aircraft to the highest affordable standard and operating in a safety culture of your own or someone else’s making. It’s no more complicated than that.

Reader Fagerlund suggested we segregate accident reporting in a section devoted to that subject, but this we already do. We run regular reports from our sister publication, Aviation Safety, in the features section. As for accidents appearing in the regular news well and Flash, we’re compelled to report some of them because they constitute news. If a King Air crashes with six aboard, we can’t ignore it. We would do well, however, to skip the marginal ones whose only reason for inclusion is filling a hole on a slow news day.

We’ll work on it. Meanwhile, don’t let an accident report convince you that the sky is falling. It’s still up there and I’m pretty sure it will stay there.