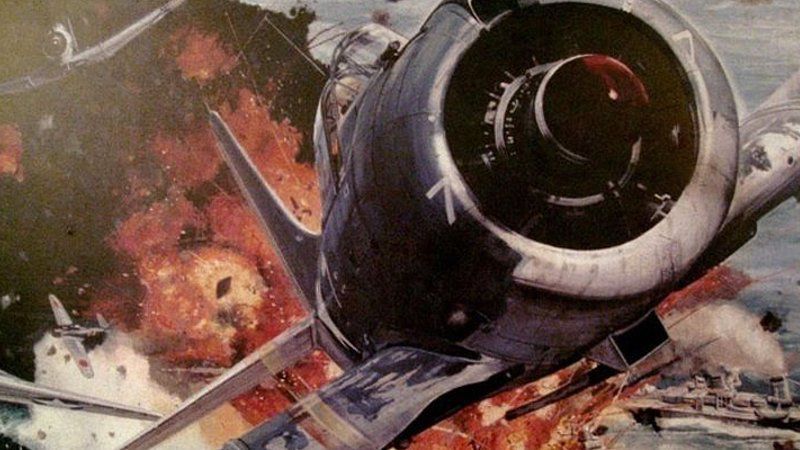 Timed for the Veteran’s Day observance this week, Lionsgate and Centropolis released the pre-holiday blockbuster, Midway, a sweeping cinematic treatment of the historic Pacific war battle. The production itself may achieve history itself for being the first film to desperately, achingly cry out for a pull down menu that says Suspend CGI.

But I’m getting ahead of myself. All pilots—even young ones not steeped in the lore of World War II aviation—will know the outlines of the Midway story and perhaps even the intimate detail. Still reeling from the Japanese attack on Pearl Harbor in December 1941, the U.S. Navy is itching for a payback battle against the Imperial Japanese Navy. The opportunity arises in May and early June of 1942 in the form of an intelligence coup.

U.S. code breakers have partially untangled the Japanese Navy’s Purple code and have high confidence that an attack on Midway is imminent. You know the rest. The Navy stations a three-carrier battle group north of the strategic atoll and over a two-day period, ambushes and sinks all four Japanese carriers. The fleets never came within sight of each other.

How to tell the story? The three top bullet points are: intelligence victory; validation of Naval aviation doctrine; turning point in the Pacific war. Take it from there. Director Roland Emmerich does a fair if disjointed job of conveying the Midway story. While watching it, I found myself trying to tune out the noise—and there’s a lot of it—in search of the historical high points I know from my own reading. For reasons I suspect relate to the perceived need to blow a lot of %$#@ up on screen, Emmerich and writer Wes Tooke inserted a brief segment on Pearl Harbor and the complete distraction of the April 1942 Doolittle raid on Tokyo, plus a throwaway reference to the Battle of the Coral Sea few would get. It’s true that the Doolittle raid may have finalized draft plans to attack Midway, but it’s hardly necessary to the narrative.

It would have sufficed to show an image of Pearl Harbor aflame with a title summarizing same and, as Gen. Theodore Roosevelt Jr. said, start the war from right there. I think even today’s stimulus-starved audiences could have figured it out.

Which leads me to wonder what Emmerich—who directed another explosion fest in Independence Day—was trying to do in this film. Movies are an industry that exists to make money, but storytelling is still part of the art. In that context, it seems odd that Emmerich would pick the Midway story, given that while the battle itself is important, the more cerebral aspect of intelligence gathering was the bigger character.

While this is conveyed well enough to understand, I wouldn’t call it exactly artful and certainly not as well as was done in the 1976 film on the same subject by the same name. That production did a more detailed and nuanced job on the intel work and the lead-in to the sea battle, especially how a flock of PBYs—the famed Strawberries—found the Japanese fleet and how a scout aircraft radio failure kept the Japanese from doing the same.

As for the battle sequences, to call them a computer-generated imagery extravaganza would be an injustice. Every year, CGI seems to improve and although Midway’s reliance on it is overdone to the point of exhaustion, you have to admire the skill involved. There are scenes where a character is moving through what is obviously a physical set—such as a ship’s companionway—and transitions into a wider view—the entire flight deck—seamlessly. Even when the eye knows it’s a digital construct, it is nonetheless stunning to watch.

Unfortunately, in the major battle scenes—the carrier bombings—the scenes take on a cartoonish quality that detracts from the storytelling. Where one or two tracer streams would have been sufficient, the director has a dozen; where one or two diving airplanes would do, we’re overwhelmed by four times as many. I really wanted to pause the damn thing and just catch my breath. Do audiences really need this overkill to get butts in the seats? I longed to see what the CGI would look like dialed back, oh, 70 percent or so.

The film has some nice touches. For example, Edwin Layton was Admiral Chester Nimitz’s intel officer and while his character appeared not at all in the 1976 version, he has a major role in the new film, played by Patrick Wilson. Layton spoke Japanese and had been a naval attaché before the war, something I didn’t know. An opening scene has him speaking with Admiral Isoroku Yamamoto, which actually happened if the conversation topic might not have. The dialogue revealed Yamamoto as the reluctant warrior he was, caught between the militarists and his firsthand knowledge of U.S. industrial might.

So is this film worth the trouble and the $20 to see? Yes, if for no other reason than to gawk at the imagery. Then once you’ve seen it, find the 1976 version on a streaming service. You’ll be well versed in what happened at Midway and, Veteran’s Day notwithstanding, we all should be. And if Americans have to get their history overdosed with computer graphics, that’s better than not getting it at all.