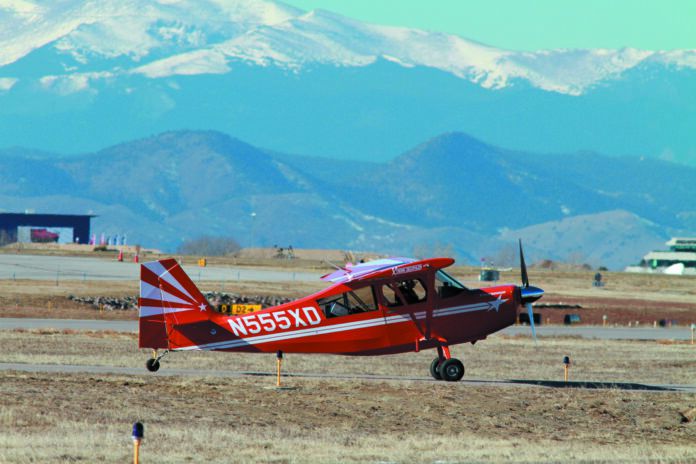 The Citabria is a proven design, based on the Champion 7-series airframe. The more rugged 8 series is the more fully aerobatic Decathlon. Pre-1990s Citabrias have wooden wing spars, and with that comes the possibility of strut corrosion. The aerobatic 7GCBC model, with slightly longer wings and flaps, is arguably the most popular with first-time aerobat pilots, followed by the 7KCAB, a more capable aerobatic ship with a fuel-injected 150-HP AEIO-320-E2B Lycoming engine and inverted fuel and oil systems.

Today’s Citabrias are essentially the same airplanes introduced decades ago, though with a significant difference in the wing structure. The Bellanca airplanes had wooden wing spars, susceptible to cracks and other issues inherent with a wooden structure, and were the subject of FAA ADs. Luckily American Champion tamed that dragon and came up with an all-metal structure. Better yet, American Champion can retrofit new, all-metal wings onto older airplanes, bringing a gross weight increase and a price tag of $20,000 to $27,000 per set, plus additional costs for installation, fabric and paint finishing. Also, part of the Citabria and Decathlon current lineup is the flagship Xtreme Decathlon. With a redesigned cowling and a 30 percent increase in roll rate, you’ll pay upward of $200,000, according to the latest Aircraft Bluebook.

You won’t go fast in these airplanes. The cruising speed of the Citabria is 100 to 110 knots or so, depending on the model. The extra power from the larger Lycoming shows up mostly in greater climb rates, rather than in cruise speed. The new metal wing structure gives the Citabria a gross weight of 1800 pounds, compared to 1650 for older models. The cockpit and panel controls are laid out so everything falls easily to hand. Fly solo from the front seat, and visibility is fair in flight.

Though not always the case with taildraggers, the Decathlon and Citabria have great ground handling, as they’re more prone to swapping ends due to the location of the center of gravity aft of the main landing gear. Once airborne, these airplanes are forgiving in virtually all flight modes. They’re rudder airplanes, and require work to keep the ball centered due to adverse yaw. Still, for pilots wanting a taste of aerobatics to sharpen skills or to simply grin from ear to ear, Decathlons and Citabrias are tough to beat for the money and simplicity.

There’s nothing particularly complicated about maintaining these airplanes, but it pays to take them to a mechanic who’s familiar with tube-and-fabric airplanes. It’s a skill that not all techs possess, and eventually owners will be faced with even minor fabric repairs. The covering is Dacron, which is durable though not good forever. Most owners suggest keeping them out of the sun when possible, and certainly hangared when not flying them.

We have long used the Citabria line as a shining example of good tailwheel handling, and we hope that the hardened insurance market recognizes it, too. But face it, these are still taildraggers, and because of the center of gravity being aft of the main landing gear, they are not tolerant of an inattentive pilot on landing or takeoff. Our scan of recent NTSB reports in the line not surprisingly found 34 percent involved runway loss of control (RLOC) in all but a few on landing, and about a quarter involving training ops.

“Citabrias are more comfortable than Cub-iteration aircraft,” said owner John Ewald. That’s something we’ve heard often since they offer more head and shoulder room, and allow you to sit in the airplane, rather than wear it. Some equip their airplanes for IFR, and it’s not uncommon to find basic IFR panels with Garmin GNX 375 GPS navigators and even small EFIS models, although we suspect the majority of Citabria and Decathlon owners avoid hard IMC. Many sport panel-mounted portable GPS units, which may be just enough for local travel.

CURRENT MARKET: We can’t stress enough the importance of good prepurchase evaluations for any used Decathlon and Citabria, looking hard at repair history—especially to the fabric and other structure. Obviously later-model planes bring top dollar in the current market, and 1970s vintage 7KCAB models typically retail around $36,000, whereas early 2000s models are closer to $90,000. Looking at the 8KCAB-150s, a 1980 model retails around $58,000, and a 1998 typically retails for $110,000, according to the Winter 2021 Aircraft Bluebook.

For a deeper dive on the Decathlon and Citabria, head to Aviation Consumer and the Used Aircraft Guide, where you’ll get a detailed model history, historical resale values, recent FAA ADs, competing model speed/payload/price comparisons and a detailed current NTSB accident scan summary.