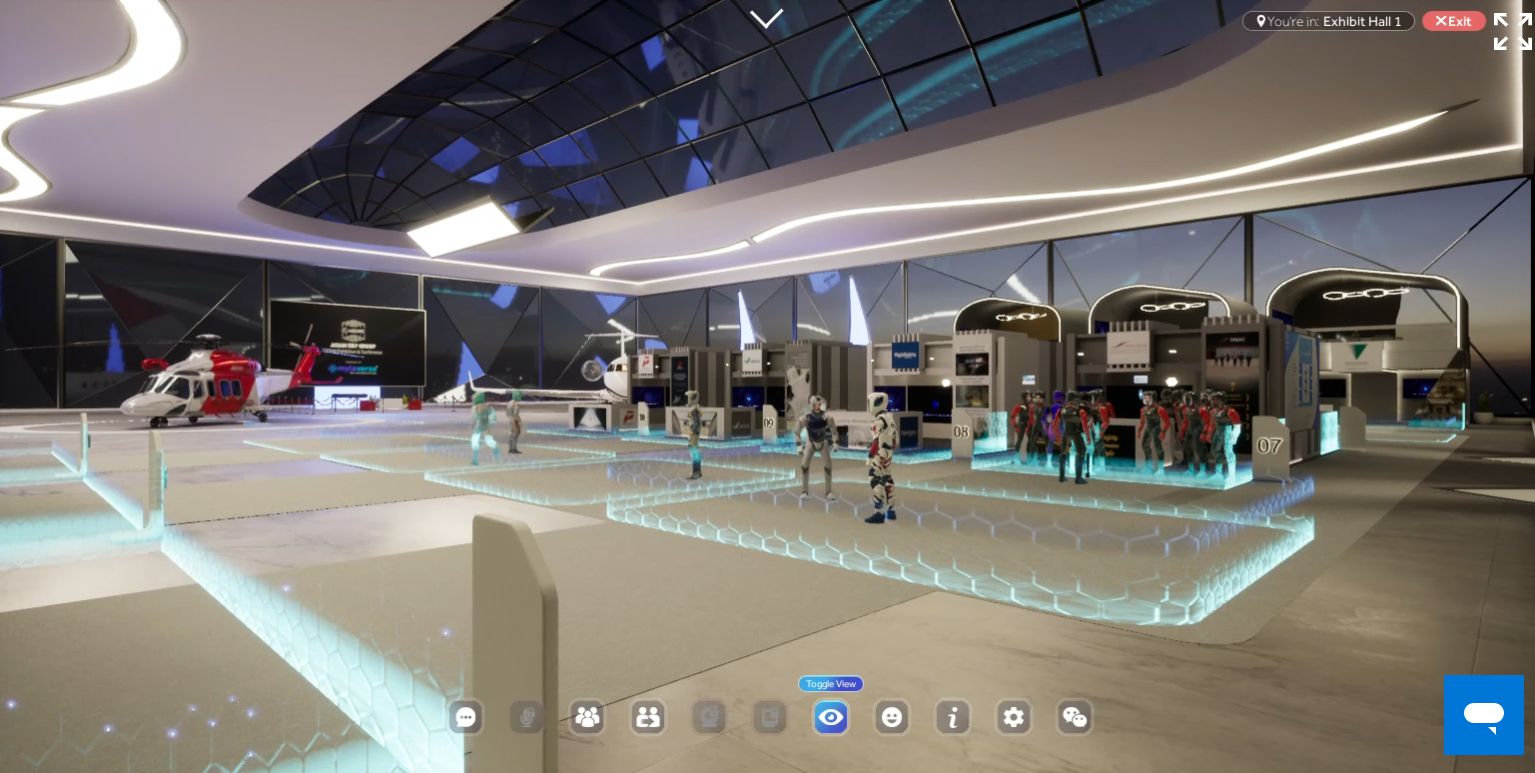 “For the first-ever hybrid reality trade show and conference, the feedback we have received has been amazing,” said Mytaverse co-founder and CEO Kenneth Landau. “Overall, it was an amazing three days where attendees and exhibitors were able to interact much as they would have in a traditional in-person trade show, and do this without goggles or sophisticated equipment. All in all, we are extremely happy with the results.”

Along with presentations on topics ranging from aircraft outfitting and financing to infrastructure and marketing in Asia, ASGVEC featured a virtual showroom with photo-realistic 3D static displays of Dassault’s Falcon 8X and 6X business jets. According to Mytaverse, attendance remained above 300 unique attendees at all times while the event was open. More than 250,000 minutes of streaming service were provided over the course of the three-day show.