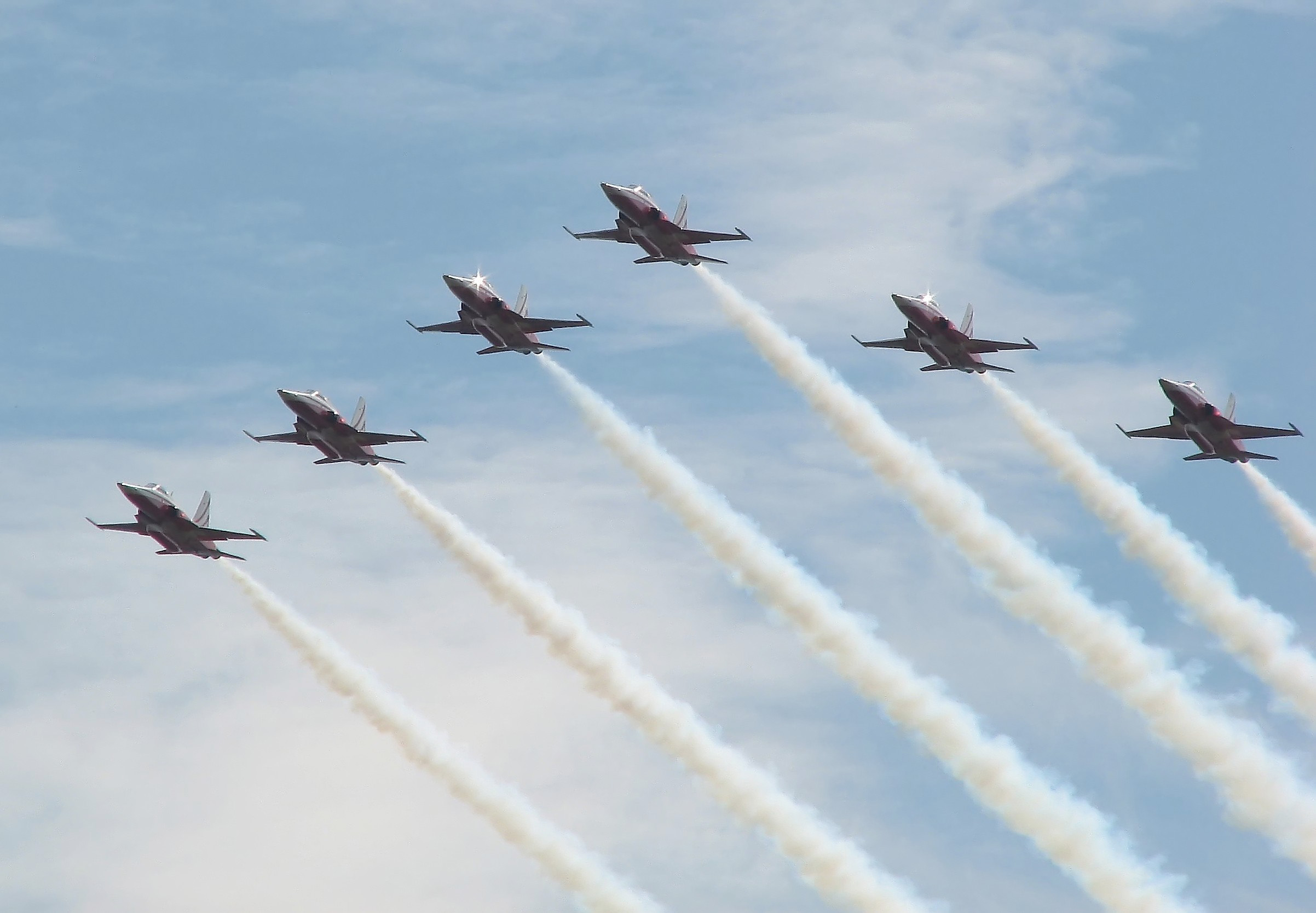 The Patrouille Suisse, a Swiss air force aerobatic demonstration team, performed a planned flyby over the wrong town last weekend. The team was scheduled to conduct the maneuver above Langenbruck, Switzerland, as part of a ceremony commemorating the 100th anniversary of the death of Swiss aviator Oskar Bider, who became the first man to cross the Alps in an airplane in 1913. Instead of making their planned appearance at the ceremony, the Patrouille Suisse accidentally performed the flyby over the 31st Northwest Yodeling Festival, which was taking place in Mümliswil, a town about four miles west of Langenbruck.

The Patrouille Suisse was founded in 1964 and currently flies Northrop F-5E Tiger IIs. A spokesman for the Swiss Defense Ministry said that the aircraft are not GPS-equipped and the team leader elected to perform the flyby after seeing the yodeling festival event area and mistaking it for the Langenbruck ceremony. According to AP News, the Swiss Defense Ministry further explained that the team hadn’t previously practiced the maneuver on location and were distracted by an unauthorized helicopter in the area. The Ministry reportedly apologized for the error and emphasized that the aircraft are not suitable for combat missions and are not used for them.