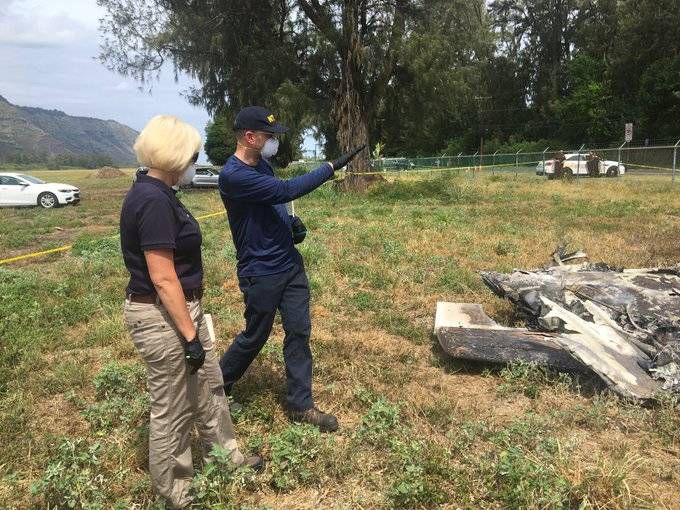 The NTSB has issued its preliminary report on the fatal crash of a Beech 65-A90 conducting a skydiving flight from Dillingham Airfield (HDH) in Mokuleia, Hawaii, on June 21. As previously reported by AVweb, all eleven people onboard—the pilot, three tandem parachute instructors and their three customers, two camera operators and two solo jumpers—were killed in the accident, making it the deadliest crash of a civilian airplane in the U.S. since 2011. The Board noted that the two solo jumpers joined the flight “at the last minute.”

The aircraft was owned by N80896 LLC and operated by Oahu Parachute Center (OPC). According to the NTSB report (PDF), an OPC parachute instructor who witnessed the aircraft’s departure and subsequent crash told the NTSB that the engines sounded “normal” during takeoff. The report states, “When the airplane came into his view as it headed toward him, it was at an altitude of between 150 and 200 ft above ground level and appeared to be turning. He could see its belly, with the top of the cabin facing the ocean to the north. The airplane then struck the ground in a nose-down attitude, and a fireball erupted.”

The flight was the fourth of five parachute jump flights scheduled in the aircraft that day. The Board’s preliminary review of video data from a nearby surveillance camera showed the aircraft in an inverted 45-degree nose-down attitude just before impact. The camera captured only about one second of footage of the accident aircraft. The investigation is ongoing.