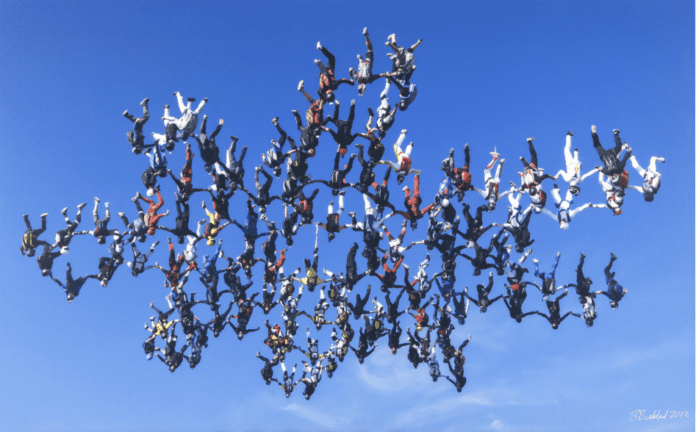 200 skydivers hope to claim a new record on Aug. 22 with a head-down vertical jump near Chicago. A total of 10 aircraft will carry the men and women to 19,000 feet and after they jump they’ll have only a minute to link together for the feat. On leaving the aircraft, the skydivers will dive head-first for the ground while they pick up their partners plummeting at 180 MPH. “This new record illustrates the sport’s progressions as skill sets, training, and equipment have improved,” organizer Skydive Chicago said in a news release.

The current record for this kind of jump is 164 skydivers and it was set in 2015. The record for skydivers using the belly-down position is 246 skydivers, but they’re falling at about 120 MPH. Poor weather foiled a 200-way head-down attempt in 2018.