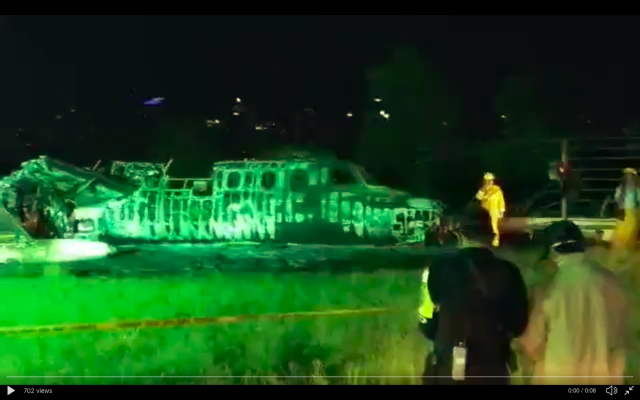 At least one American and one Canadian were among eight people killed in the reported explosion and crash of a Westwind business jet that was on a medevac flight from Manila to Haneda, Japan, on Sunday. “The plane caught fire and exploded as it was taking off the [Ninoy Aquino International Airport] Runway 24,” Philippine Senator Dick Gordon said in a tweet. The airport fire department was on the scene immediately but there was nothing they could do for the occupants. “Eight passengers consisting of a flight medic, nurse, doctor, three flight crew, one patient and its companion were on board,” Gordon reported.

The aircraft was an Israeli Air Industries 1124A Westwind II that had been chartered by the Philippine Health Ministry as part of the effort against COVID-19 but it’s not clear if the patient was infected. It was operated by Lionair Incorporated, a large Manila-based helicopter and fixed-wing charter company that does not appear to be affiliated with the Indonesian airline Lion Air.