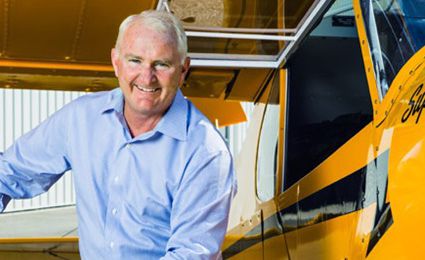 Last week, AOPA President Mark Baker appeared before the Senate Aviation and Space subcommittee to advocate against privatizing air traffic control. Baker told the committee that privatizing ATC would not reduce delays or speed up modernization, plus it could adversely affect smaller airports.

“As you know, the past two years were spent dealing with a proposal calling for the privatization of our ATC system,” Baker told the subcommittee. “I don’t want to speak for others here today, and I could be wrong, but I don’t believe anyone wants to revisit the issue that has and will continue to divide us. We have seen where ATC privatization hasn’t worked well for general aviation in other countries and we don’t want to go down that path.”

For his part, chairman of the committee, Sen. Ted Cruz, said, “I want to make clear from the start that, while I’m sure the air traffic control reform efforts of previous Congresses are on the minds of all of our witnesses today, that’s not what this hearing is about. While those efforts and the members who engaged in them—including the ranking member of this subcommittee—showed bold leadership in challenging the status quo, we are not here today to rehash old fights. The purpose of the hearing to examine the current landscape, to discuss what works and what doesn’t, and what you, the stakeholders, like and don’t like, and to open a new avenue for dialogue.”

AOPA has steadfastly pushed back against privatization while reminding the committee that general aviation is a “workforce engine.” To that end, Baker testified that the government should fully fund workforce development programs “created in the 2018 FAA reauthorization act.”  Baker said, “As the Committee is aware, in order to meet bold challenges, we need bold initiatives. Recognizing this, I am hopeful the Committee will work with Senator Jim Inhofe of Oklahoma and others to establish a National Center for the Advancement of Aviation. We strongly believe standing up such a center will facilitate cooperation, collaboration, and coordination across all sectors of aviation—civil, commercial and military—and which is so desperately needed.”

Baker also called on the committee to encourage the FAA to offer another round of rebates to help drive the final fence-sitters toward ADS-B Out compliance, which is mandated by Jan. 1, 2020. Currently, the FAA has filled all the available rebate slots, while the fleet is looking to be at much less than full compliance by the deadline. And that’s even with avionics shops seeing strong demand for installs—demand that outstrips their capacity to complete the jobs by year’s end.