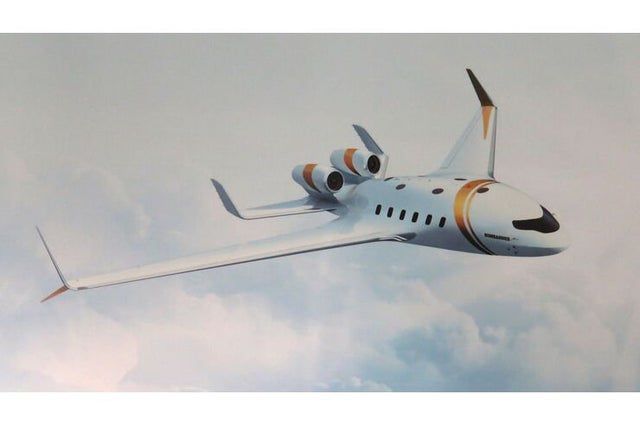 Bombardier revealed earlier this week it’s been studying the use of a blended wing design for future business jets. At EBACE in Geneva the company said it’s been testing a small-scale model of what its next aircraft might look like. The model, dubbed EcoJet, has been used in wind tunnel and flight tests as a drone and is part of a potentially radical shift in thinking about how to make business aviation greener.

Blended wings are nothing new, their aerodynamic efficiencies well documented, but Bombardier is taking it a step further. The company is looking at a variety of power options including sustainable aviation fuel, hydrogen, hybrid and pure electric to push the rear-engine design along. Bombardier has been working on the project for three years and isn’t saying much about what it has discovered.