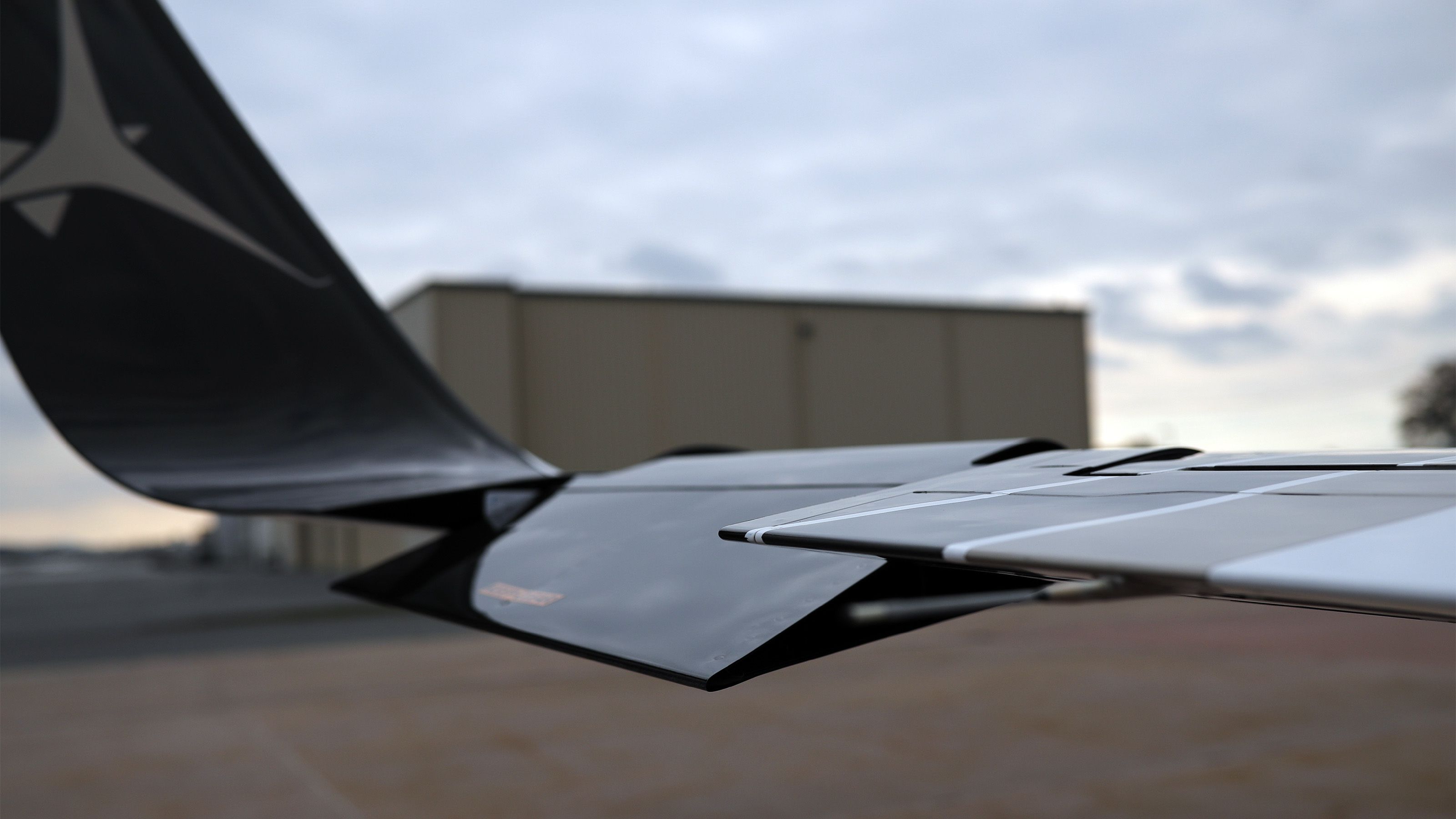 Tamarack Aerospace has completed a fly-off event testing a CitationJet equipped with the company’s Active Winglets against an unmodified aircraft of the same type. Intended to be a “real-world comparison” between the two, the fly-off route took the aircraft from Portland, Maine (PWM) to West Palm Beach, Florida (PBI). At the conclusion of the event, the unmodified aircraft had flown 1,496 miles in 5 hours and 37 minutes and used 3,650 pounds of fuel while the Active Winglet-equipped CitationJet traveled 1,386 miles in 4 hours and 36 minutes, using 2,610 pounds of fuel.

The unmodified CitationJet also took a detour due to weather, resulting in a longer trip. The Active Winglet-equipped aircraft flew with a planned 200-pound weight penalty. According to Tamarack, its Active Winglets, which are currently available for Cessna 525, 525A and 525B business jets, are made up of a wing extension, winglet and autonomous load alleviation system.