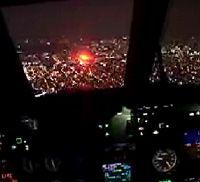 There have been some high-profile cases of people who targeted aircraft with laser pointers being identified and prosecuted. But in many cases, it was luck that played the largest role in tracking down the offenders. But the FAA recently announced it has developed a visualization tool for analyzing laser strikes dating back from 2010 and through 2020.

FAA Administrator Steve Dickson said, “Pointing a laser at an aircraft can temporarily blind a pilot and not only affects the crew but endangers passengers and the communities they fly over every night.” In addition to federal, state and local criminal penalties, shining lasers at aircraft can bring FAA fines of up to $11,000 per violation and up to $30,800 for multiple offenses. The agency reports it has issued $120,000 in fines so far in 2021 and a total of $600,000 in fines since 2016.