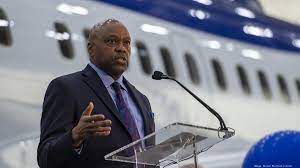 Hearings to confirm Phil Washington as the new FAA administrator won’t be held until early in the New Year, according to various reports. The delay times out Washington’s nomination by the Biden administration, but Sen. Maria Cantwell told Reuters she expects him to be renominated and subsequently confirmed. “There wasn’t enough time to meet with him and get him to the floor,” Cantwell said.

Washington’s nomination has come under criticism on a couple of fronts. Other than a year as CEO of Denver International Airport, Washington has no aviation experience. His background is in urban transit and in that role in L.A. he became embroiled in a corruption investigation involving his former boss that included being named in a search warrant. Acting Administrator Billy Nolen has been overseeing a busy time at the FAA since former Administrator Steve Dickson resigned last March to spend more time with his family and is expected to continue as Acting Administrator.