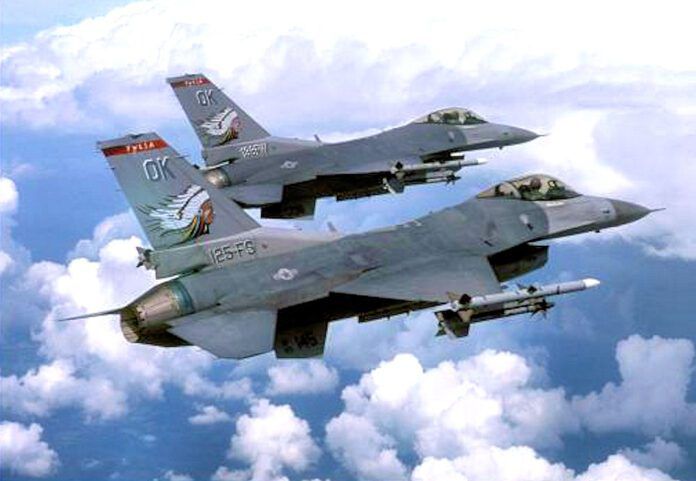 An Air Force accident investigation says a Tulsa Air National Guard F-16 was destroyed after an off-the-books intercept of a private light aircraft near a Louisiana airport last March. Investigators found the pilot of the $26 million fighter mistakenly thought he’d lost control of the fighter as he closed in on the unidentified light aircraft to read its tail number. He ejected safely but the aircraft became a smudge on some scrubland in the Warrior Military Operating Area. The report says the pilot hit the wrong button as he maneuvered the Viper near the stall to read the registration and he could have safely recovered. But it also takes the pilot and the flight lead in a second F-16 to task for airmanship and leadership issues.

“Also, by a preponderance of the evidence, the Board President found two substantially contributing factors to the mishap, 1) lack of flight leadership and 2) lack of flight discipline, in MFL and MP’s violation of various training rules, including intercepting a non-participating GA aircraft, and incorrectly handling the F-16 in a low speed and low altitude environment,” the report says. The flight of two launched from Ellington Field in Houston, where they were attached to the 138th Fighter Wing, on the morning of March 22 with goals to practice a high-speed intercept by the pilot on the flight lead’s F-16 and to refuel from a tanker. After the practice intercept, the pilot spotted the small plane flying the holding pattern below the MOA floor at 1,700 feet and the flight lead told him to go and get the tail number.

They didn’t contact the GA aircraft or civilian air traffic control about the intercept. “During this unplanned and uncoordinated intercept, the MP failed to maintain positive aircraft control in a low airspeed state,” the report says. “The MP incorrectly assessed that the aircraft had departed controlled flight below uncontrolled ejection minimums, resulting in the MP ejecting.”