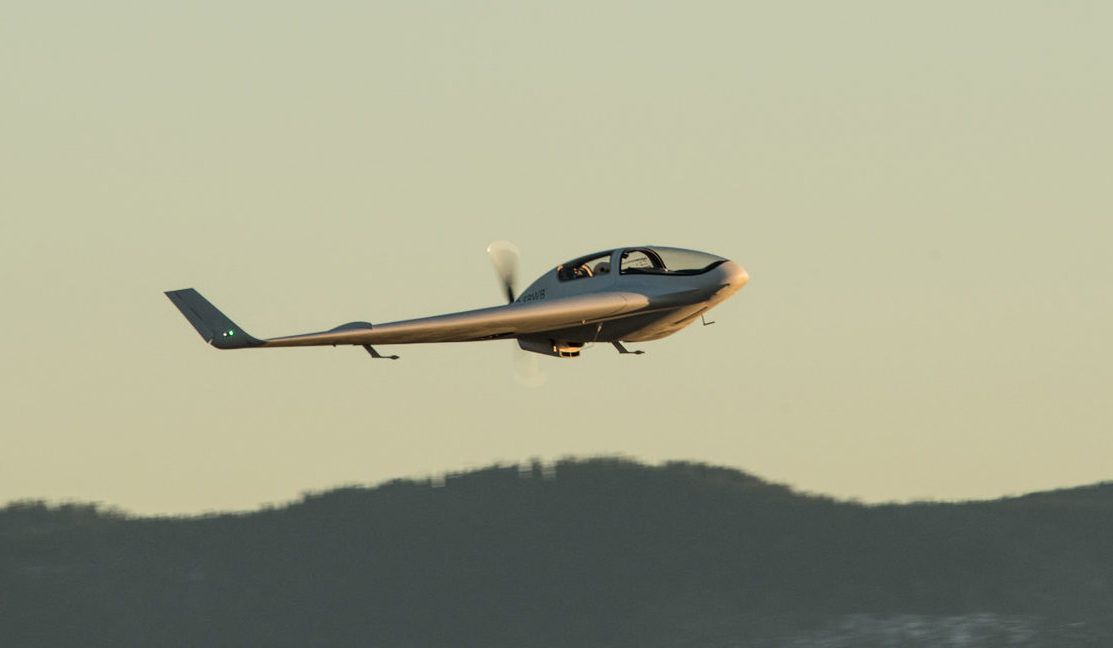 You can’t leave all the unusual aircraft to Burt Rutan. So there’s the Horten HX-2 flying wing, which is slated to make its US debut at Oshkosh this summer.

Powered by a Rotax 912 of 100 HP, the HX-2 is described as a “highly modern economical two-seat tailless light aircraft without a fuselage.” Which is a bit of a stretch since there clearly is a place for two humans to reside in side-by-side seating. We can confirm it doesn’t have a conventional tail.

Details are sparse on the design, said to be three years in development. We know the wingspan is 30 feet, and it’s 13.5 feet long, and it carries 31 gallons of fuel. Performance numbers are not quoted for the prototype, though its speed should benefit from the retractable tricycle landing gear.

The company says that “Due to its low aerodynamic resistance, the flying wing flies farther and faster than a comparable aircraft with a fuselage. The design of the airframe makes it easily adaptable for installing new propulsion technologies we anticipate will become available in the future.”

The name comes from Reimar Horten, who, with his brother Walter, started developing tail-less gliders in the early 1930s in Germany. “Our company name honors the visionary aircraft designer Dr. Ing. Reimar Horten, regarded as a pioneer in the field of flying wings,” says the current-day Horten.