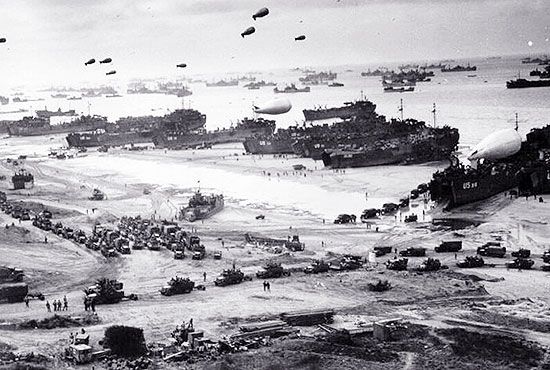 It’s unpronounceable so don’t even try. Palimpsest means something reused or altered but still bears traces of an earlier form.  Commonly applied to ancient manuscripts when Roman publishers were too stingy to buy new parchment and forced authors to write over Cicero’s remainders. Et mortuus est, et nos non petendam (he’s dead and won’t sue us).

Aviation’s greatest palimpsests are airports themselves, always bulldozing out the old and paving in the new without much thought to what’s been lost. Many have some guilt-mural stuffed in a corner of the terminal, depicting a gauzy interpretation of the airport’s history beginning with the first Jenny to successfully deliver the airmail in 1919 from all the way across town, to images of modern ramps packed with jets awaiting Flow Control to unclog Atlanta. In World War II, municipal airports often became staging areas for aircraft being readied for destinations once thought unreachable to the average kid from New Jersey destined for the unimaginable with no guarantee of returning. Postwar airports spawned flight schools with veterans lured in by learn-to-fly signs on the fence, but somewhere in the 1990s, while folks like me were gazing at clouds, the administrators who know what’s best decided that flight schools and the aviation industry don’t mix, so the past was rubbed out and written over with taller fences and security badges. But look hard enough, and you’ll spot traces of the past.

Years back I was in the terminal at Burlington International Airport in Vermont, where there was a black and white enlargement of a group photo taken in 1943 when the airport was an indoctrination center for the Army Air Force. The young men—no women then—were in a six-week evaluation program to see who would proceed to pilot training or spin off for non-piloting jobs. My father, Pvt. James F. Berge, 19, was in that photo, and when not selected for pilot training—which may have saved his life—he was sent to radio school and assigned to the 442nd Troop Carrier Group as a radio operator in WACO CG4A troop gliders … that didn’t have any radios. As a kid, I learned the importance of irony from his war stories, insight that would serve me well in the Army and FAA.

June 6, 2019, is the 75th anniversary of the Allied invasion of Normandy. The magnitude of Operation Overlord simply boggles my comprehension. Books have been written, films made, and with each passing anniversary, fewer veterans exist, so it’s such an honor to read about That’s All Brother, the actual C-47 that led the airborne assault on that long-ago spring night, and how it will, once again, lead—not an assault—but 30 C-47s in a tribute to all those 19-year-olds who flew, not because it was fun, but because the civilized world had no choice.

Most of us won’t attend the ceremony and can only imagine the sound of that ghost squadron’s round engines moaning across the French countryside, knowing fully well that any reenactment is a mere taste of the 800-plus C-47s that were employed that day three-quarters of a century ago. The 1944 deep stream of 1600 piston-radial engines will never be replicated. Just as we’re not likely to hear a thousand cavalry hooves thunder across the steppes or a broadside of 16-inch guns from a 45,000-ton battleship. And that’s fine, because war is incomprehensibly horrible. And that from someone who’s never been near it but benefits from all of the aviation advancements that came out of it.

In 1994, on the morning of 50th anniversary of the invasion, my father was visiting me, and knowing he’d been stationed in the U.K., I asked what he recalled of D-Day.  He paused, tapped his pipe stem against his lower teeth and said that for two weeks prior he’d been assigned to an RAF reconnaissance unit, not to fly but to analyze aerial photos of Normandy taken from de Havilland Mosquitos. Very hush-hush MI6 stuff, his assignment was to search the images of German bases and look for garbage cans. No kidding. As with any well-managed army, the Wehrmacht field manual said that there shall be one garbage can per X number of men. Count the garbage cans, multiply by X, and Allied intelligence knew how many 19-year-old Germans would be waiting on the chow line on D-Day.

Pre-dawn, June 6, 1944, Pvt. James Berge was dismissed and reported back to the 442nd that shared the RAF base. He said that as he stepped outside the secured RAF building, “The sky was filled with more airplanes than I could count.” Reaching the squadron area, he asked his buddy, Pvt. Joe Richter, in his recently acquired British accent, “What’s afoot?” Richter’s response, “I don’t know, but this might be it.” The “it” is rarely shared in advance with the enlisted ranks.

My father, a kid from New Jersey who experienced a bit of D-Day that’ll never make it onto the screen, finished the war as an infantryman and died in 2011 in Vermont, not far from where that 1943 class photo had been taken; each face in the picture likely gone now, and with each passing so, too, pass the human records of arguably the greatest period in history.

He loved aviation but never became a pilot. Life got in the way. One of my fondest memories is of taking my father flying in my Aeronca Champ over Vermont one morning beneath Hollywood white clouds above impossibly green mountains. And my biggest regret is that I never sat down with him, wired to some recording device, to ask, “So … what was it like?”

I’ll never know for real, because we who weren’t there can only record and reenact our interpretations of history over its recycled and fading parchment. And, brother, that’s all ya get so show gratitude for what they gave us, because as Cicero said, “Gratitude is not only the greatest of virtues, but the parent of all others.”