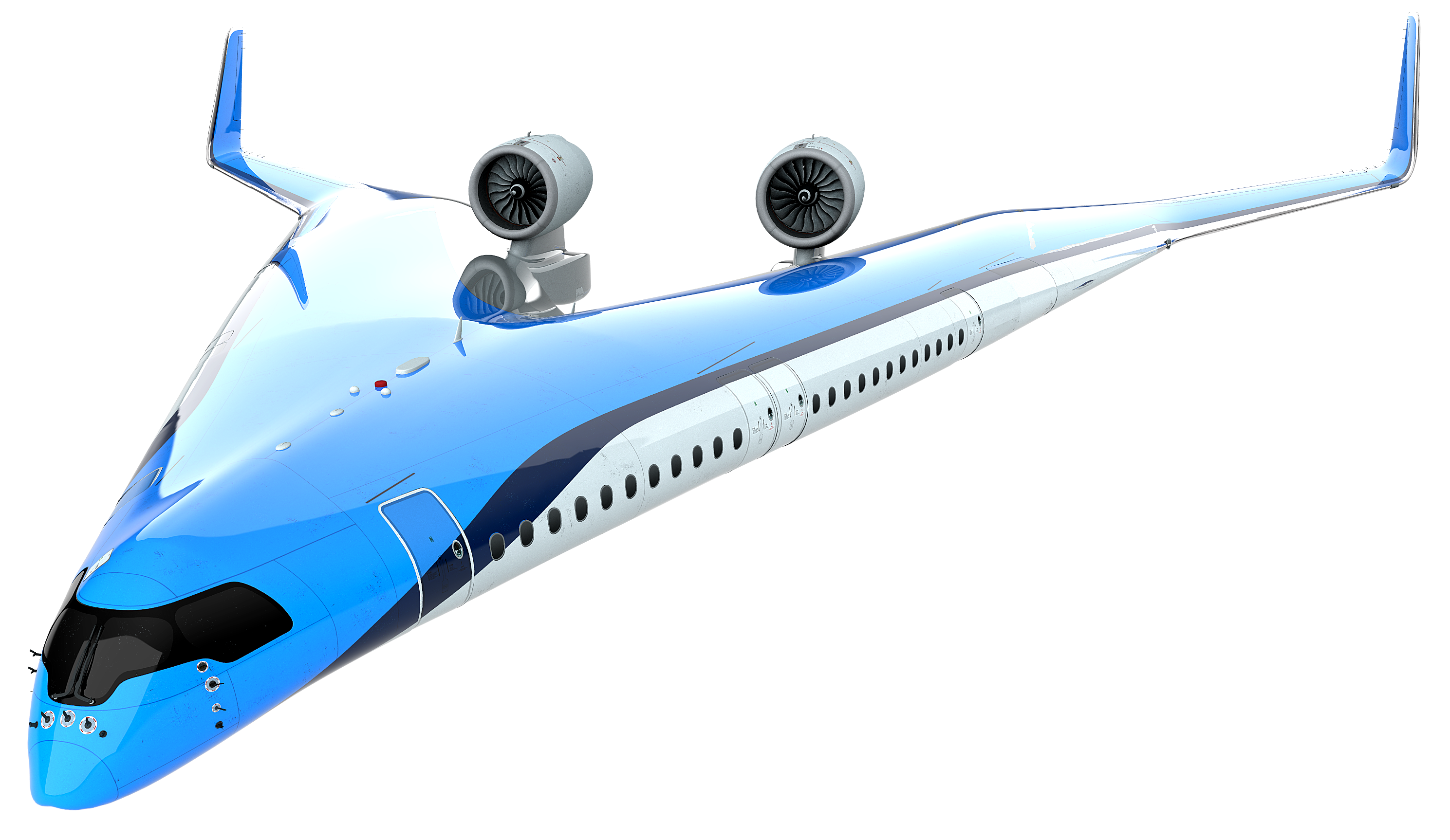 It seems likely that Boeing or Airbus will continue to dominate large-airliner design, but not if KLM has anything to do with it. The Dutch national airline announced that it is helping fund the development of the Flying-V, a lifting-body-esque flying wing aircraft designed by Delft University of Technology student Justus Benad.

Delft, also known as TU Delft, is in the Netherlands. “In recent years, KLM has developed as a pioneer in sustainability within the airline industry,” Pieter Elbers, CEO and president of KLM, says. “We are proud of our progressive cooperative relationship with TU Delft, which ties in well with KLM’s strategy and serves as an important milestone for us on the road to scaling-up sustainable aviation.”

The designers say the Flying-V will use 20% less fuel than an Airbus A350 while carrying about the same number of passengers, 314. Roelof Vos, project leader at TU Delft, highlights the Flying-V’s efficiency as an important component of an industry eventually headed toward electric propulsion. According to CNN, Vos claims that ”aviation is contributing about 2.5% of global CO2 emissions, and the industry is still growing, so we really need to look at more sustainable airplanes. We cannot simply electrify the whole fleet, as electrified airplanes become way too heavy and you can’t fly people across the Atlantic on electric airplanes—not now, not in 30 years. So we have to come up with new technologies that reduce fuel burn in a different way.”

The design is meant to eschew the traditional “tube and wing airplanes” and gain the benefit of fuselage lift to augment the widely spaced “wings.” Total wingspan is planned to be 213 feet, essentially the same as an A350’s.

A flying prototype is promised by October 2019, but the design isn’t expected to enter service until 2040.