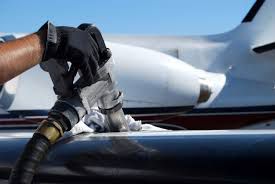 For the first time in recent memory, the price of Jet A was higher than that of 100LL in April in some areas, in a huge spike in prices that has been building over the last couple of months. “This is our first time seeing anything like this,” said Jeffrey Carrithers, the CEO of GlobalAir, a fuel price tracking service. Jet A is now within a whisker of $8 a gallon in New England ($7.96) although the price varies widely throughout the U.S. It’s as low as $6.10 in the central region, which is still a lot higher than the low of $4.49 in May of 2020.

“Just as we have seen demand for aircraft unlike anything in recent decades, and how that has impacted private jet prices, we are now seeing that in the aviation fuel market,” Carrithers said. Only in the Western Pacific region is Jet A cheaper ($7.09) than avgas ($7.15) but in most markets the two are within 50 cents in price. For those feeling green, sustainable aviation fuel (SAF) is actually a little cheaper ($6.57) than Jet A ($6.74) in the Southeast while it’s as much as $2.30 a gallon more expensive out West. GlobalAir collects fuel prices from 3,247 FBOs in the U.S.