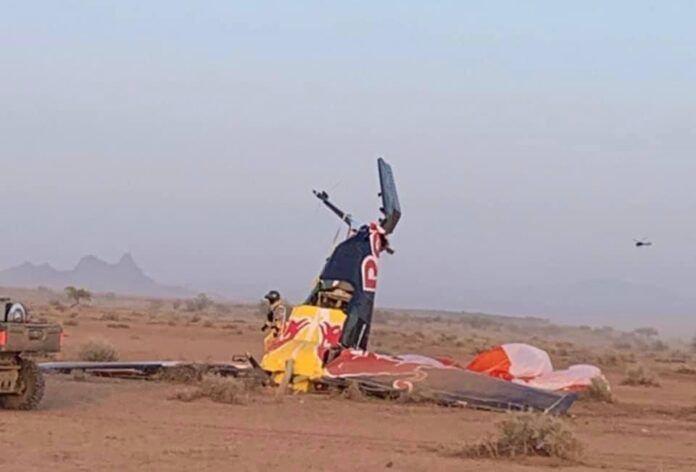 And so another Sunday morning in a week bookended by whipsawing from skydivers smashing a hapless pilotless 182 to a popular YouTuber getting busted for low flying. On the one hand, it’s fearless feds protecting the public, on the other, it’s unelected bureaucrats abusing their enforcement authority. The appetizer for this circus was the previous week when another YouTuber had his certificates yanked for crashing another airplane under the guise of an engine failure.

If you’re having trouble keeping up, don’t feel alone. This stuff is coming at all of us at the speed of heat and the only relief might be exiting the social media that’s an undeniable accelerant. In his wildest fever dreams, I doubt if Marshall McLuhan could have envisioned any of this. But maybe I’m the one with a stunted imagination. He probably predicted it.

The dust has far from settled on the Red Bull stunt that spun out of control, literally, last Sunday. Skydiver/pilots Luke Aikins and Andy Farrington attempted to swap airplanes by exiting from same and flying to the opposite aircraft while the two pilotless airplanes were in an autopilot-controlled vertical dive. Quite a challenge it was and one they didn’t pull off. One of the airplanes entered an inverted spin, although Aikins made it into his and recovered the dive for a safe landing. The other aircraft crashed into the desert near Eloy, Arizona, under a late-deployed airframe parachute.

I’ve never been to Mars, but I have jumped at Eloy and it’s a pretty good stand-in. That’s to say that if they maneuvered over a remote area, the likelihood of one of those aircraft, with the engine shut down, as it was, recovering itself and gliding to Tucson or even a nearby house, was incalculably remote. If you’re really fraidy scared or just hated the stunt just because you hated it, that’s a plausible outrage to cling to. My conclusion is the risk was to them and was vanishingly small to anyone on the ground. They evidently had a procedure to assure the airspace was clear, but no TFR and only Eloy’s standing parachuting NOTAM and standard calls to ATC.

The larger problem for Aikins and Farrington will be that they knew leaving the airplanes momentarily pilotless would be a violation of CFR 91.105. They asked the FAA for an exemption and were denied, but went ahead with the stunt anyway. On Friday, Aikins posted on his Instagram account that he knew the exemption was denied, but didn’t tell the rest of the team. Whether that’s true or not won’t let Farrington off the hook. When you’re pilot in command, you’re supposed to know all the regulations governing that flight and you can’t depend on someone else doing it for you. As pilots, we like having the ultimate, final authority. But that axe has two blades. Ultimate authority is ultimate responsibility.

If the FAA decides to enforce, I don’t know if Aikins and Farrington can construct a convincing defense that all the precautions they took qualified them for the exemption and the FAA erred in not granting it. I have a problem with that. It reeks of arrogant entitlement and selective compliance in the face of documented denial. Aikins and Farrington and Trevor Jacob, who did the Taylorcraft bailout, may be in more enforcement hot water than even I imagined. In this video segment, AOPA Air Safety Institute’s Richard McSpadden explored the legal ramifications and they’re not pretty.

We need to get real here. In this country, we have maximum freedom to do with our airplanes almost what we want, when we want. If we agree to basic training and licensing requirements, we also agree to a rules framework which we accept in exchange for avoiding utter chaos. People whine about the horrible burden of regulation, but with infrequent exceptions—I’ll get to that—it’s just that, whining. Complying in this circumstance wasn’t unreasonable and not doing so may have been driven by a streaming deal with Hulu. [Insert McLuhan ghost here.]

There’s another complication. Skydiving, by FAA agreement, is self-policing with oversight by the board of the United States Parachute Association, which Luke Aikins sits on. In skydiving, we have what are called Basic Safety Requirements, the very first one of which says this: “For skydives made within the U.S. and its territories and possessions, no skydive may be made in violation of Federal Aviation Administration (FAA) regulations.” I’ve already heard from several skydiving friends wondering if the board will look the other way on this incident. If they do, they’ll show that trust in USPA oversight is misplaced. No one wants more from the FAA and none at all invites disaster. So, one ill-advised, intemperate judgment gives us a Hobson’s choice. GA doesn’t have many friends in the FAA and skydiving has even fewer in GA. This won’t win friends and influence people, if I might channel Dale Carnegie for a moment.

Now, to the Trent Palmer case. First, a cut out. If it had anything directly to do with Palmer’s high profile on YouTube, it’s not apparent. He has a credible channel mostly focused on outback flying. It’s good stuff and not edge case YouTube idiocy. As he explains in this video, the core of the case is, by invitation, he made a low inspection pass at a friend’s property with the possible intent of landing. A neighbor recorded the pass on a security camera and complained to the FAA.

After an investigation and a hearing, the FAA proposed to suspend Palmer for 210 days. The case simmered for more than two years, eventually concluding in an administrative hearing in which an administrative law judge reduced the suspension to 60 days. Palmer is appealing. The legal logic here is contorted. Ultimately, it was a violation of 91.119, the minimum safe altitude regs. The FAA alleged he came within 500 feet of a structure without the intent of landing.

Because the area had no windsock, markers or lights, the ALJ arbitrarily determined that it wasn’t a suitable landing site so he couldn’t have landed, thus no relief from the 500 feet. Yet the FAA publishes guidelines on landing at sites that aren’t airports and thousands of such landings happen every year on open fields, sandbars, frozen lakes, farm fields, roads and even glaciers. Palmer said he followed the procedure in the FAA’s own ops guide.

He points out, rightly, that if this decision stands, it could create a precedent jeopardizing STOL and recreational flights into backcountry areas. Some of these have charted runways, but many do not. Under the ALJ’s logic, you couldn’t drag the field as the FAA recommends, without facing legal jeopardy. You’d have to land to gain the 500-foot exception and face physical jeopardy. This is directly counter to the FAA’s off-airport guidance.

Early in my flying career, a complaint call like this would be handled by a friendly phone call from the FAA. In some cases, it still is. That’s what should have happened here; the proverbial word to the wise and not thousands of dollars worth of enforcement man-hours to no one’s gain. They could better put that money to use figuring out what to do with the plane swap case. Meanwhile, the message to Planet YouTube—and looking at you Red Bull—is maybe see if there’s an adult anywhere in your orbit.