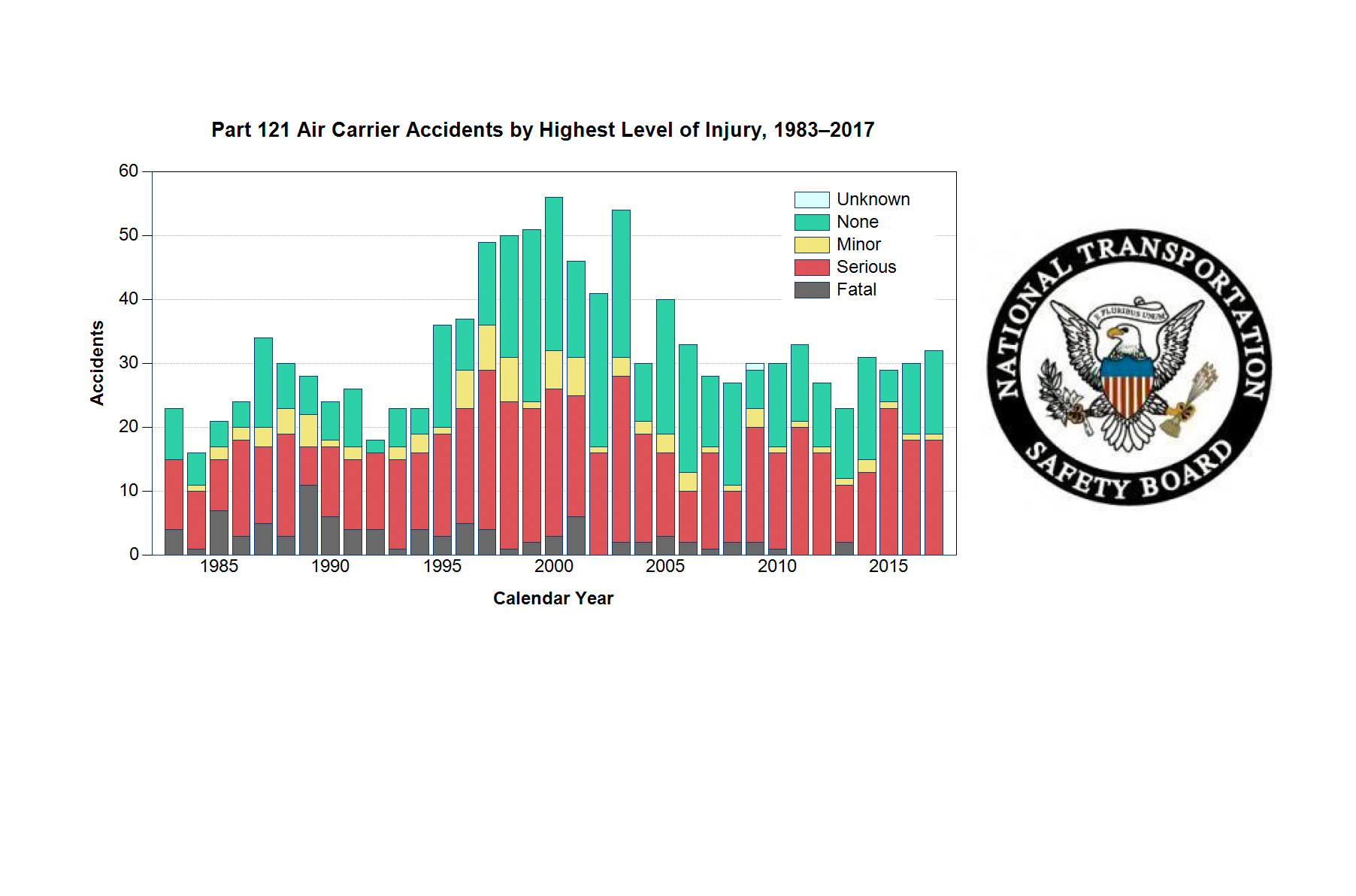 The chances of perishing in an airliner are lower than ever, according to the NTSB, which has updated its Survivability of Accidents Involving Part 121 US Air Carrier Operations, 1983 Through 2000 report to include 2001-2017 data. In it, the NTSB says that the number of fatalities in all Part 121 accidents from 2001-2017 was roughly one quarter of those in the previous 18-year period. “During the 18-year period from 1983 through 2000 … there were 569 accidents involving Part 121 operations,” says the NTSB. Some 12.5% “resulted in at least one occupant fatality. By contrast, during the 17-year period from 2001 through 2017, 4.1% of 565 Part 121 accidents resulted in at least one fatality.” The NTSB notes that “both the overall accident rate and the fatal accident rate per 100,000 flight hours decreased substantially between the two periods. The fatal accident rate during the period 2001 through 2017—0.006 per 100,000 flight hours—is equivalent to about one fatal Part 121 accident for every 16.3 million flight hours.”

AVWeb Insider Paul Bertorelli - September 29, 2020
United pulls a rabbit out of the hat with a deal to avoid pilot furloughs. What about the rest of the industry and thousands of other workers?
Read more