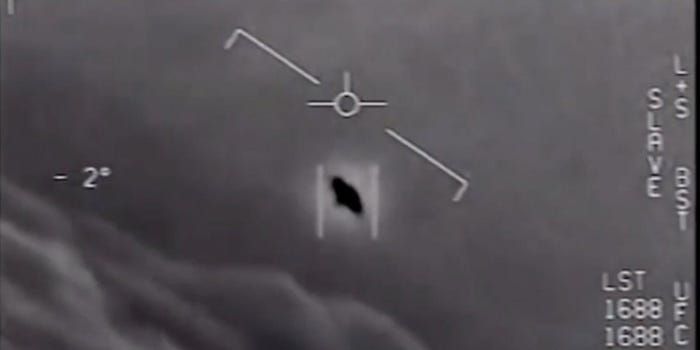 In a report long on probablies and possibles, the Director of National Intelligence said this week that dozens of sightings of unidentified aerial phenomenon have no plausible explanation but do represent a threat to flight safety and national security. “Most of the UAP reported probably do represent physical objects given that a majority of UAP were registered across multiple sensors, to include radar, infrared, electro-optical, weapon seekers, and visual observation,” the report said in an executive summary. Although sighting data seemed to be accurate and credible, the available reporting was “largely inconclusive.”

The report, prepared for the Director of National Intelligence by a government agency called the UAP Task Force, was ordered by Congress in response to numerous inquiries from lawmakers, intelligence officials and the public. The report deals mainly with UAP sightings between 2004 and 2021 and benefited from at least some standard reporting criteria developed by the military.  The report said 144 incidents originated with government sources and 80 of these were observations with multiple sensors. In the majority of these, the sighting interrupted planned training or other activities. Few of these were explainable by weather events, sensor failure or other physical phenomena not related to actual flying objects, but the task force added that more investigation should be carried out.

“Our analysis of the data supports the construct that if and when individual UAP incidents are resolved they will fall into one of five potential explanatory categories: airborne clutter, natural atmospheric phenomena, USG or U.S. industry developmental programs, foreign adversary systems, and a catchall ‘other’ bin,” the report said. While conceding that the UAP sightings were clustered around military training areas, the report said this may be a result of collection bias since aircraft in these areas have advanced sensors and, lately, more refined and consistent reporting criteria. Some UAP, said the report, do appear to demonstrate advanced technology. “These observations could be the result of sensor errors, spoofing, or observer misperception and require additional rigorous analysis. There are probably multiple types of UAP requiring different explanations based on the range of appearances and behaviors described in the available reporting,” the report said.

Ominously, the task force found national security implications. “UAP pose a hazard to safety of flight and could pose a broader danger if some instances
represent sophisticated collection against U.S. military activities by a foreign government or demonstrate a breakthrough aerospace technology by a potential adversary,” the report concluded. But in the next sentence, the report says, “We currently lack data to indicate any UAP are part of a foreign collection program or indicative of a major technological advancement by a potential adversary.” The documentation showed that there were 11 instances of near misses with UAP.

Somewhat surprisingly, the report concludes that in some cases, UAP have presented a potential collision hazard. “The UAPTF has 11 reports of documented instances in which pilots reported near misses with a UAP,” the report said, without adding any detail on when or where these incidents occurred. Most of the reports analyzed by the UAPTF came from Navy pilots, but the agency said efforts are underway to standardize reports across all sources, military and civil. The task force said more resources, including the use of artificial intelligence to parse the data, should be applied to improve data collection and analysis.