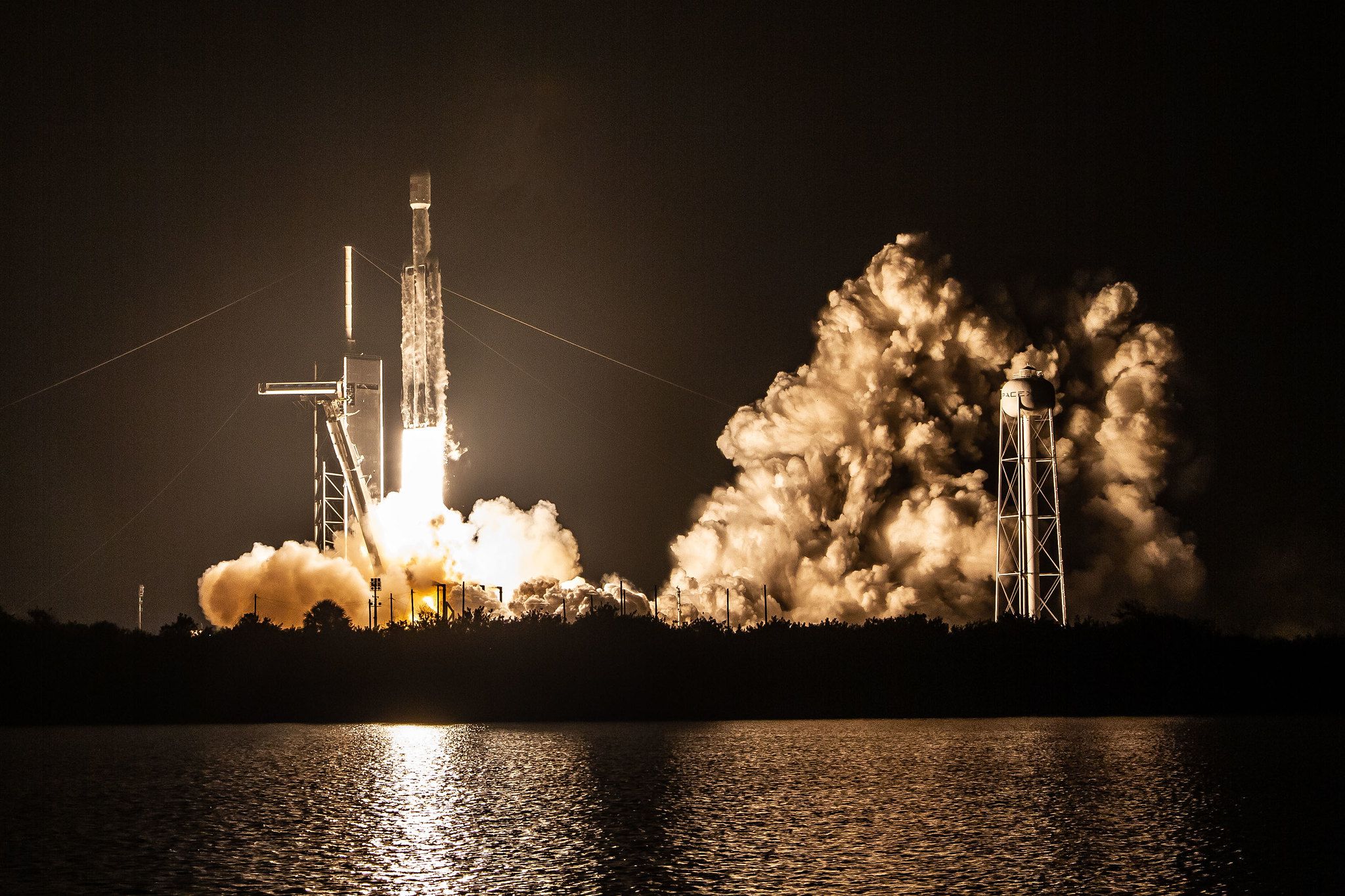 SpaceX’s successful launch early Tuesday morning placed 24 satellites in three different orbits and marked the first time the Falcon Heavy side boosters had been reused. They had been part of the Arabsat-6A launch in April.

The Falcon Heavy mission pace is ferociously quick. Just over two and a half minutes from launch, the twin side boosters separate from the core and begin their powered descent to landing. About a minute later, the center core and second stage separate, with the core itself readying for its return to the surface. In just under nine minutes, the side boosters have landed, and less than three minutes later the core first stage touches down. By 13 minutes into the mission, the spacecraft has already begun deploying satellites. Altogether, the mission launched all 24 satellites in three and a half hours.

Included in the payload was NASA’s Green Propellant Infusion Mission, which will test “cleaner, safer and more efficient fuel” than hydrazine. There are six NOAA satellites in the group and one supported by The Planetary Society. Its LightSail 2 is a test to determine if spacecraft can be propelled by “solar radiation pressure.”

SpaceX launches a Falcon 9 mission on July 21, acting as the UPS guy for the International Space Station.