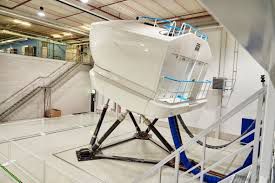 When the last human pilot exits the cockpit and the cockpit no longer even has a door for a human, we’ll still be arguing about the benefits of aircraft automation. For the time being, this much is true: There is general agreement that widespread automation is eroding pilot physical skills, if not judgment acuity along with it.

If this is so, last week should have been a tipping point in the discussion, although it probably won’t be. Significantly, a pilot union—specifically American Airlines’ Allied Pilots Association—questioned both the way Boeing implemented automation in the 737 MAX and whether proposed fixes include adequate training.

Perversely, even in the face of two major hull losses, Boeing is improving the automation and training pilots on its characteristics by offering—you guessed it—more automation in the form of computer-based training that doesn’t require simulation. This is largely for cost reasons because, as the Seattle Times has reported, Boeing was on the hook to offer discounts to customers if special training was required. It was a competitive cudgel and Boeing wanted to use it. That contract fine point may have served as a Petri dish for what followed.

Before I read the Times story on how Boeing got itself into the MAX mess in the first place, I had a neutral view. Let the airlines and their pilot unions figure it out. Now I think Chesley Sullenberger, who roasted Boeing last week for what he viewed as a fundamentally flawed certification of the MAX, is right in insisting pilots should get sim training on MCAS abnormals. Just add it to the training routine.

One reason they did not was Boeing’s hubris in believing that the system’s likelihood of failure was so infinitesimally small that not only was training not needed, pilots didn’t even need to know of MCAS’s existence. Two crashes within six months proved the company was tragically wrong and, I think, exposed profound flaws in the Boeing certification organization. In modern certification, one crash might be a fluke, two is a five-alarm fire stoked by plaintiff lawsuits.

Boeing assumed that in the unlikely event that the system failed, pilots would be the last backstop to keep things from spinning out of control. But consider what the pilots of Ethiopian Airlines Flight 302 that crashed in March faced. The list included an active stick shaker inaccurately warning of an impending stall, an overspeed clacker, an aural “don’t sink” warning and several other disagree and warning lights. Sullenberger said he struggled to regain control in a simulator run mimicking the accident flight.

If you’re flying in a system where little is supposed to be left to chance, is it good enough to experience all that on an iPad or would you prefer the muscle memory input of the simulator? I know what I’d pick. The fact that I haven’t seen any stories explaining how Boeing has been to the mountain on this makes me wonder if anything has changed. Is saving a few million on the contract price worth the risk of another crash, which would prove staggeringly expensive?

In delivering his testimony, APA President Daniel Carey was blunt in brushing back a budding movement to blame the pilots. “I can tell you that the members of APA are offended by remarks made by those who seem to blame the pilots killed in those two crashes,” he said. “I am here to tell you that I worked in Africa and trained African pilots to fly large aircraft. I am very familiar with Ethiopian Air’s pilot training program and facilities, and I can tell you that they are world-class,” he added.

While I found his testimony convincing, he did not address—nor has Boeing—the fact that both accidents were caused in part by failed angle-of-attack sensors on aircraft operated by foreign airlines, Indonesia’s Lion Air and Ethiopian Airlines. Whether this proves a relevant part of the accident chain is unknown, but it can’t be isolated from system safety because the world is striving for one high level of safety. And if Boeing thought MCAS failure odds were in the trillions, they couldn’t have been paying attention or at least understanding their own data.

This has implications for general aviation as automation and eventually autonomy advance. In the coming months, you’ll see some surprising developments in cockpit automation. These will once again test the notion of where the pilot fits in. The NTSB continues to raise the alarm about loss-of-control accidents and the topic has become a staple of aviation journalism.

So there’s the tipping point again. If pilots can’t hand fly airplanes proficiently to the point where loss of control is just an occasional thing, do we give up on training them or lard the airplanes up with ever more gizmos? Are we at the point where homo the sap is just a lost cause, an inevitable cast aside of useless evolutionary junk? Maybe we’ve evolved into a black gap where neither the pilot nor the automation are up to the task.

I’m quite certain I don’t know. I’m not a gauzy-eyed stick-and-rudder, tailwheel-flying romantic. I like the idea of automation; I dig technology. But it doesn’t matter what my opinion is.

Boeing is supposed to know and from what I’ve seen so far, I don’t think they have much of a clue either.