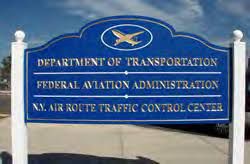 At least 11 air traffic control facilities have been temporarily closed over the last few days because of coronavirus cases. In addition to well-publicized disruptions at Las Vegas, Chicago Midway and Indianapolis there was an hourlong groundstop for flights headed to airports served by the New York Air Route Traffic Control Center, also known as ZNY, Saturday. The pause was ended in the early afternoon after the center was reportedly evacuated for a COVID-19-related incident. Towers at Leesburg, Virginia, Peoria, Illinois and Wilmington, Delaware were also affected.

Details on the ZNY closure were sketchy but it was reported by some publications that someone in the center, located in Ronkonkoma, New York, tested positive for the disease caused by the novel coronavirus. The FAA attributed the brief closure to “staffing issues.” It’s also not clear what led to the facility being restored, although JFK arrivals via the CAMRN Arrival were not immediately released. ZNY handles traffic headed to airports throughout New York and also to Philadelphia.