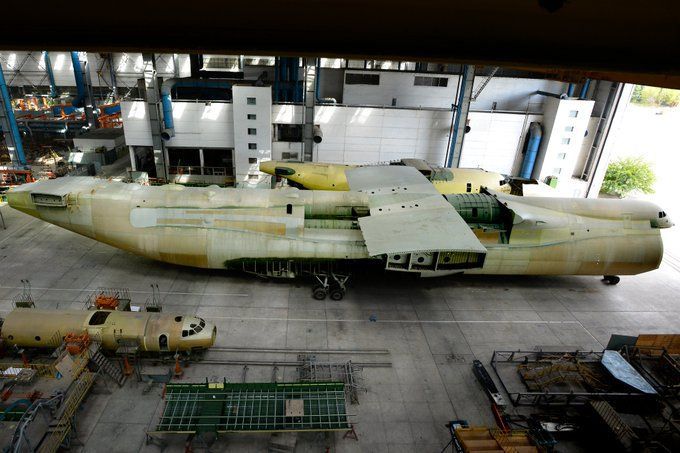 Ukraine President Volodymyr Zelensky says he wants to see a partially built An-225 finished to replace the one destroyed in fighting in Hostomel early in the war with Russia. It will cost about $800 million to finish the second aircraft, which has been stored in good condition since getting to about 70 percent complete in 1994. In a speech to students, Zelensky suggested the country can’t afford to not build the aircraft. “But in this case, it’s not a matter of money, it’s a matter of ambition,” he told the students. “This is a question of the image of our country and all the excellent professional pilots who died in this war.”

Zelensky didn’t offer any details on how Ukraine would come up with the money but presumably it’s a post-war project aimed at boosting national pride and honoring the pilots who have served in the war. “How many pilots gave their lives to bring everything there, from weapons to water. And how many wounded they took from there,” he said. “A large number of these people died heroically. To build a MRIYA for the sake of the memory of heroes is the right state position.”