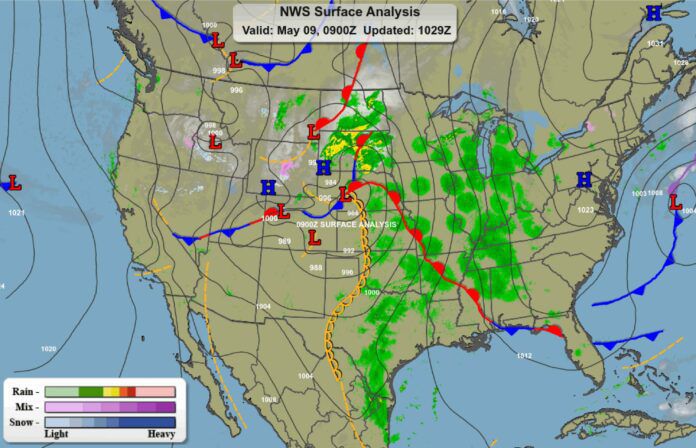 While it sounds like an unsightly ridge in fresh Aero-Thane paint after removing the fine line tape, or the 49th parallel checkpoint that Prohibition bootlegger, Jake Hollow, referenced when air-smuggling whisky across the Canadian border into dry Minnesota in his Standard LS-5 biplane, dryline is neither. Both would make great HBO dramas, but only one scenario is real and the other semi-fictitious. The real: Anything I paint displays Wall of China demarcations where the tapes had been, plus ganglion smudges from extricating the firefly that inevitably kamikazes into the wet paint. I could host Oshkosh seminars on how not to paint; I’m that bad at it. But failure never stopped me from failing again because painting appears so easy. And it is. Painting well, though, requires skills beyond my ken, with overspray on hangar walls testament to my incompetence.

As for aerial liquor smuggling during Prohibition—the nation’s delusional experiment of 1920-1933—entrepreneurs displayed creativity for hauling booze, such as running speed boats across the Detroit River or using airplanes to overfly law enforcement on both north and south borders. True tales that make for stretchable fiction but no drylines.

As it pertains to modern aviation, dryline is less prosaic. It’s a meteorological term lacking the attention it craves. I’m curious if any DPEs ask applicants to identify drylines on Surface Analysis (SA) or Prog charts. Preemptive hint to applicants: To mask test day panic you might harbor over interpreting SAs and Progs, ask the examiner to explain drylines. You shouldn’t be the only one sweating through the oral.

NOAA (National Oceanographic And, I don’t know, Airplanes…?) defines dryline as “a boundary separating moist and dry air masses.” Clear enough but so what? A shower curtain does that. NOAA continues, “(dryline is) an important factor in severe weather frequency in the Great Plains.” Pilots should pause when “severe weather” interrupts polite conversation. Muttering that same phrase during a Great Plains poker run will stop the piano player mid-stride and elicit a Clint Eastwood squint from the seasoned CFII, nursing a Sioux City Sarsaparilla as she mutters, “When it comes to drylines, you’ve got to ask yourself: Do I feel lucky?”

Knowing the dryline location is good. Ignoring its potential is bad. And punching through dryline storms that form on or near the line can turn ugly with no respect for luck. The dryline isn’t a line in the sense of connecting two points along a plotter’s edge. Refer to the accompanying SA illustration, where the dryline is depicted as a yellow snake with deceivingly cute doily curves facing east. Anchoring its tail in Mexico’s Chihuahuan Desert, its head probes Nebraska’s soft underbelly as the spring and summertime viper typically sidewinds its way eastward during the afternoon and retreats westward at night. Where it bulges is called the dryline bulge, behind which dry desert air from west of the line advances “most strongly at lower levels” into humid Gulf air. The resulting clash is the stuff of Merle Haggard lyrics complete with fightin’-side violence and deep regret for those who foolishly Two-Step onto the dance floor once this brawl commences.

I first experienced drylines years ago when heading to Los Angeles from Iowa, via the southern border, and no I wasn’t transporting anything improper except ignorance of open-cockpit desert flying, where the sun baked my brain to mirage-point imagining I’d have enough gas by the time I got to Phoenix, even though the aux tank ran dry an hour earlier, and since I didn’t pack any water I was relying on ghost riders in the sky to protect me.

On the morning of my departure a pilot friend advised—in a West Texas friendly voice—“You might consider holdin’ off for twelve hours and get yourself behind the dryline; miss the TCUs and have smooth skies clear on past Lordsburg and into Van Nuys.” Actually, he was from Minnesota and said, “Oh yah, that dryline is something, you betchya; maybe should wait, ya know. Have some pancakes.” I did, and as predicted, thunderstorms kicked the tar out of my proposed route, but the next morning the sky was dry and as soothing as a meandering Willy Nelson guitar lick on bended nylon stings.

Months later back in Iowa, I was on a night flight with a primary student in a Cessna 172. Clear skies, great visibility, and light winds. No rain forecast. Leaving 2000 feet AGL, we started getting rocked, then nearly rolled. I told the student to keep climbing to get above the turbulence from what I assumed was an inversion. Didn’t work. The turbulence became so great, I took control and thought I was going to lose what little control I had. The student, realizing I was terrified, told me to quit crying and suggested we land, which we did.

Once on the ground, we called AFSS to report the turbulence, and the briefer, who had spoken of smooth skies an hour earlier, said, “Well, lookee here, willya, the dryline reaches all the way through Iowa—right where you are—and into Minnesota.” He sounded as though he’d discovered helium. Point being, the dryline doesn’t confine itself to the southern Plains and when strong enough, will sweep into the Mississippi Valley. It can be rain-free, no lightning, no flying cows. Just blowing dust and turbulence that’ll toss a 172 like a beer can in the wind, that last being an excellent C/W lyric, “Your love was like a beer can in the wind….”

Our nighttime encounter occurred in the ancient times before universal access to multiple preflight tools. Now, I brief every morning using the AFSS site, whether I plan to fly or not. Today there’s another stinkin’ TFR, more threatening than any dry bulge, so—not. The dryline doesn’t often reach us up north, but I like to know where that snake claims its territory and show it proper respect, because luck never rides with me on the route to failure. Wow, another great lyric … I’m in the wrong biz.

“Your love was like a beer can in the wind….

And luck never rides with me on the route to failure.”