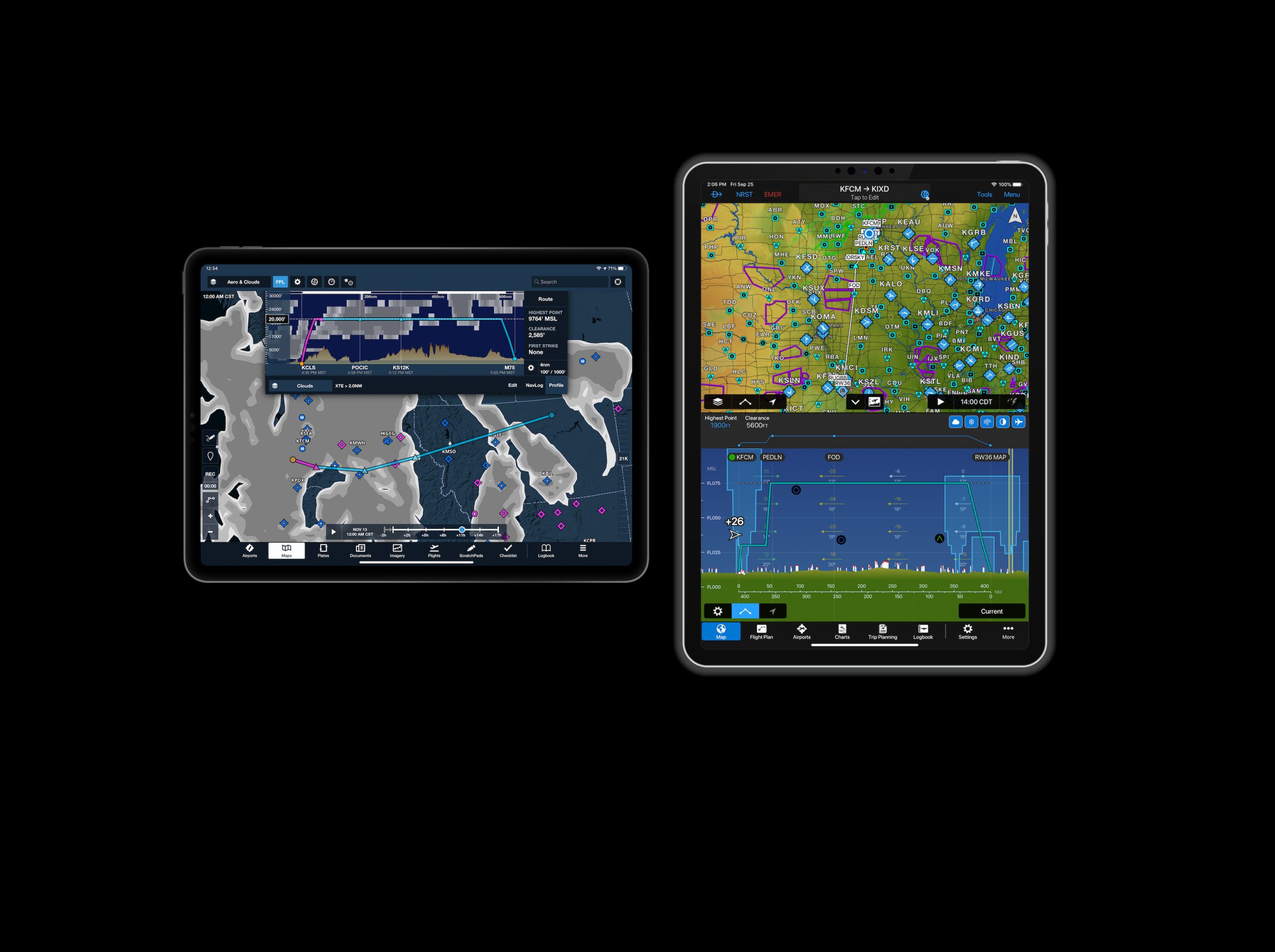 Both Garmin and ForeFlight have announced updates to their popular apps that add functions beneficial to in-flight use as well as flight planning. Garmin’s version of the Pilot app for Apple devices is adding graphical airspace and obstacle NOTAMs and a tweaked user interface for the profile view. ForeFlight has added a new Clouds layer in both plan and profile views, and has included traffic in its 3D Airports feature, which is available in its upper-tier plans.

According to Garmin, with the latest version of the Pilot app, “Airspace NOTAMS are now available as a graphical overlay on the map and can be depicted as a circle or other shape with the type and associated altitude of the NOTAM labeled for even more clarity depending on the selected zoom level. NOTAMs that are scheduled to become active in the next 24 hours are displayed in yellow to help alert pilots in advance and aid with flight planning, with a brighter contrast for areas showing upcoming restricted airspace.” The NOTAMS are color coded: red for Restricted or Danger NOTAMS; orange for Alert, Warning and MOA NOTAMS; gray for FDC NOTAMS; and pink for new Obstacle NOTAMS.

Garmin has also tweaked the Profile View, with pinch-type gestures to zoom in or out on the profile data for the active or proposed flight plan. Overlays include graphical METARs, airspace, PIREPs, winds and temperatures aloft, freezing level, station and terrain. The Profile view will also show traffic when connected to a suitable ADS-B source.

ForeFlight’s additions include a new Clouds map. According to the company, “The layer is based on the GFS Cloud Coverage product and depicts different forecast percentages of cloud cover over different areas using shades of gray. Like the Icing and Turbulence layers, Clouds uses both an altitude and time slider to view forecasts at different altitudes and times, and the layer’s data can also be downloaded for offline use …” This new layer is accessible through the regular map view but also through the Profile view with Performance plans (the upper tier) only.

Also new in this release is internet-based traffic on the 3D Airport view, which allows the user to “view live Internet Traffic via FlightAware in 3D Airports to analyze airport activity, follow takeoffs and landings, and more. When viewing an airport in 3D, tap the new layer selector in the bottom left and select Traffic to display any airborne traffic near the airport as blue diamonds with their tail number and current altitude.” The 3D Airport feature, previously released, requires the Performance Plus (and above) service tiers.

Both new releases are available now.