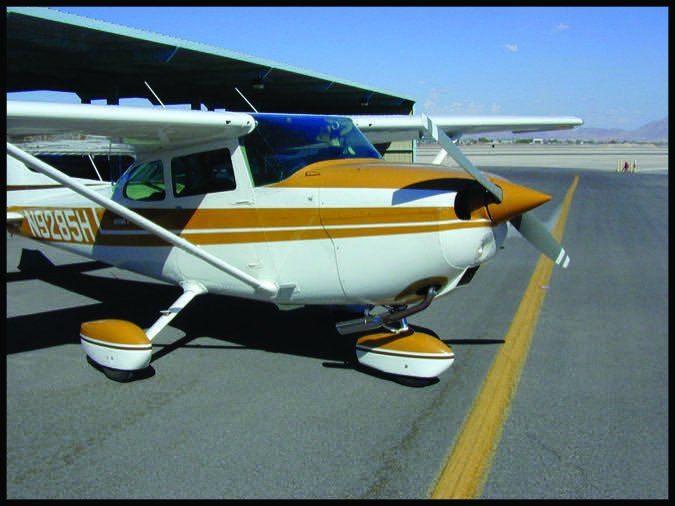 One big advantage of owning vs. renting is the ability to take your time. With renting there’s the added pressure of having to return the airplane for the next renter. If weather threatens the expense of returning the plane late can push the renter into making undesireable decisions, especially if a VFR pilot.

My wife and I made a big trip in a small Cessna and got weathered out on the way home. With no need to rush we stayed overnight. The next day’s forecast showed low ceilings for the next several days, so we rented a car and drove home.

Our plane was safe at the FBO (they didn’t even charge us for the tie-down). Two weeks later I hitched a ride with another pilot to retrieve the plane.

That flexibility made it much easier to make the no-go decision.

This is a VERY well written article. Thank you for publishing it. As a guy who has been “everywhere” in a 172, I find a lot of truth in these writings. I’ve been to Key West, and Seattle. I’ve been to Catalina Island, and Dayton. I’ve been to Galveston, and Oshkosh.

Good article. My first plane was a 1963 Beech Musketeer, later know as the Sundowner. It sported a 160 hp engine and huge fixed landing gear. The four-place cabin was comfortable, which was one reason it could only cruise at 100 kt, on a good day. But it had a 60 gallon fuel capacity, so it had range galore – longer than even my young bladder could stand. I flew it as far west as Utah and east to coastal South Carolina. I had a few unplanned weather stops, but not many. It was fun and inexpensive flying.

These days, whenever I talk to someone who wants to buy a first airplane, I always advise them to match their plane to their planned mission. People tend to go for a fast, sexy looking complex airplane when their usual mission can be accomplished in a much more basic, and less expensive, craft. Until you have owned a plane, you can’t really appreciate how much more expensive that complex model, with all its bells and whistles, is to own and maintain. You can always upgrade later if you find that your mission dictates a more capable plane.

Yes, an automated large aircraft can be handled by a single pilot. But… what happens when the automation fails?

Case in point, A320 series aircraft have had multiple incidents of nose wheel steering failures. In that case (as with JetBlue’s incident years ago at LAX), not only could the gear not be retracted, the autopilot became inoperative. So, now you have an aircraft failure requiring troubleshooting, decision making and communications, but also one pilot dedicated to aircraft control.

Or, what if that single pilot has a medical incapacitation event?

Just because this can be done technically, the public at large (especially when considering transport category aircraft) deserves the additional security and safety of a 2nd crew member.

Single pilot airliners are coming one way or another. I’m not a fan of the idea but economics and technology are driving the industry in that direction. The aircraft will probably be controlled from ground/satellite sources with minimal pilot input except for maybe takeoff and approach/landing. It’s just a matter of time.

I am a commercial pilot, A&P IA, and DER aircraft engineer. I work assiduously to ensure that everything on the airplanes I approve is absolutely perfect, but throughout my 60-year career, I have seen failures of just about every aircraft system. Airplanes are designed and maintained by humans, so some errors will creep in. These errors can be overcome only by another human, the trained and professional pilot. I do not often praise the FAA, but in this instance I am proud of them.

Poll: What Did You Think Of The Artemis 1/SLS Launch?