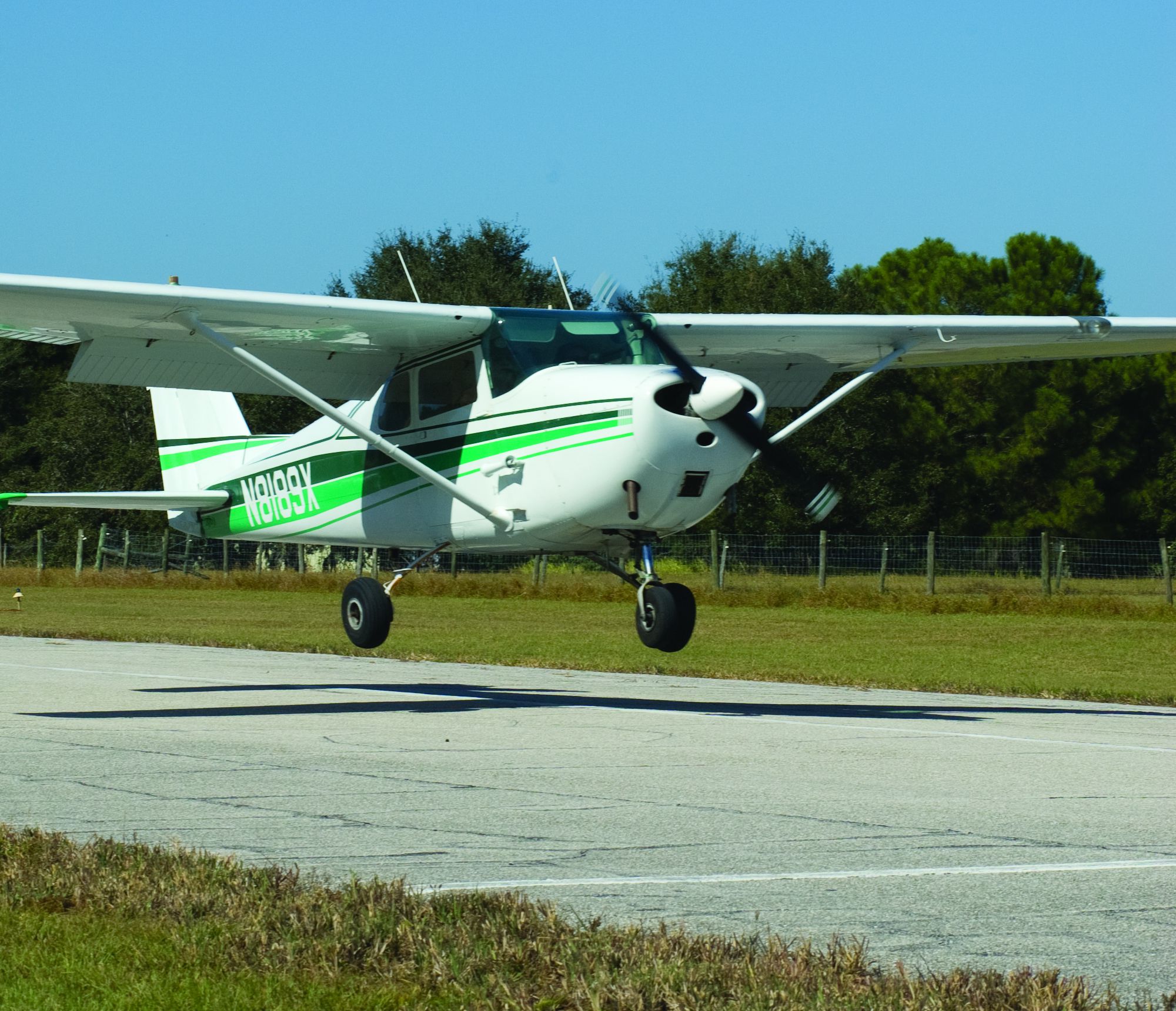 One of the first things student pilots learn is how to recover from a balked landing and go-around. Sometimes, the approach is so bad that we don’t even get to the “balk” part. But when we do—as when recovering from a bounced landing—we’re exposing ourselves to the bottom corner of an airplane’s operating envelope: low airspeed and high power. Just to make it fun, we’re also close to the ground and in the landing configuration.

Convincing the airplane that you’ve changed your mind and now want to climb—at the best rate, by the way—requires adding power, arresting the descent and beginning a climb, reconfiguring the airplane and ensuring directional control. While the order in which we perform these tasks varies—check your POH/AFM for the details—we still have to fly the airplane as we accomplish them. That means we can be tempted to add full power when doing so is probably not what we want to do. The reflex to add full power in a go-around probably comes from our time as a primary student, flying a relatively underpowered training airplane. But today we’re flying a WhizBang 2020, with the new turboencabulator. Adding full power means unleashing two to three times the power we had in that trainer. Instead of a lazy tendency to wander to the left (or right), the WB ’20 will want to go left right now if we don’t anticipate its demands and add sufficient opposite rudder.

Meanwhile, there’s the reason we’re going around in the first place. It could be the result of a bad approach. There could be traffic on the runway. Or there could be a change in conditions that upsets your perfect approach and—all of a sudden—there’s a gusty crosswind to deal with. If it’s coming from the wrong direction, your airplane’s left-turning (or right-turning) tendency can be intensified.

It’s always a good idea to take a go-around in stages, as the sidebar “Breaking Down The Go-Around” below highlights. Especially when flying a powerful single out of that bottom corner of the envelope, we should think about adding power in stages: enough to arrest the descent and add some acceleration at first, followed by smoothly adding climb power. The trick is maintaining control as we get back to full power. Here’s a good example of why we should do this in stages.

On April 12, 2017, at about 1430 Eastern time, a Howard Aircraft DGA-15P was destroyed when it impacted terrain during a go-around at the Rostraver Airport (FWQ) in Monongahela, Penn. The solo commercial pilot was fatally injured. Visual conditions prevailed.

Before proceeding to FWQ, the airplane’s radar track was consistent with airwork in the local area, as the track sometimes disappeared in areas that were below radar coverage. According to witnesses at FWQ, the airplane was attempting to land on Runway 26, a 4002-foot-long, 75-foot-wide asphalt runway. The airplane initially touched down left of the runway centerline but it became airborne again, then its engine noise increased. The airplane subsequently yawed and banked left—perpendicular to the runway—and its nose pitched up. At that point, the airplane appeared to stall and roll inverted before impacting a ravine about 400 feet left of the runway. A post-crash fire ensued.

One witness had just completed several landings in a Cessna 172. He stated that although the automated weather observation system (AWOS) was indicating wind from 290 degrees at five knots, he encountered a wind gust during his last landing, which lifted his airplane’s right wing and caused it to drift left.

The engine had separated from the airframe and was resting to its left. Both propeller blades remained attached to the propeller hub. They exhibited leading-edge gouging and chordwise scratching. Additionally, both propeller blade tips had fractured and were located near the impact crater. Due to impact damage, the crankshaft could not be rotated by hand. A cursory examination of the engine revealed no evidence of any preimpact mechanical malfunctions or anomalies.

The pilot reported 30 hours of experience in the accident airplane make and model on an insurance application about six months before the accident. At 1425, weather observed at FWQ included wind from 280 degrees at six knots, variable between 240 degrees and 320 degrees. Visibility was 10 statute miles in a clear sky.

The NTSB determined the probable cause(s) of this accident to include: “The pilot’s failure to maintain airplane control during an attempted go-around in gusting crosswind conditions, which resulted in an exceedance of the airplane’s critical angle of attack and a subsequent aerodynamic stall.”

According to the NTSB, “It is likely that, upon application of engine power to initiate the go-around, the pilot failed to adequately compensate for the extreme left-turning tendencies of the high-powered engine, which resulted in a subsequent loss of control and aerodynamic stall.”

Another thing going on here is the discrepancy between the AWOS and actual conditions. The wind was reported only 10-20 degrees off the nose and steady at five or six knots. It would appear there was another strong gust like the one reported by the 172 pilot— perhaps a series of them—the pilot encountered without preparation.

The combination of high power, low airspeed and a gusty wind from the right thwarted the pilot’s best plans and turned the airplane 90 degrees to the left, where it now had a tailwind. Smoothly bringing up the power in stages while ensuring directional control would have been the better choice.

Breaking Down The Go-Around

The FAA’s Airplane Flying Handbook (FAA-H-8083-3B) has this to say, in part, about go-arounds: “The first priority is always to maintain control and obtain adequate flying speed. A few moments of level or near level flight may be required as the airplane accelerates up to climb speed.” Consider breaking down the go-around into these stages:

This article originally appeared in the April 2019 issue of Aviation Safety magazine.