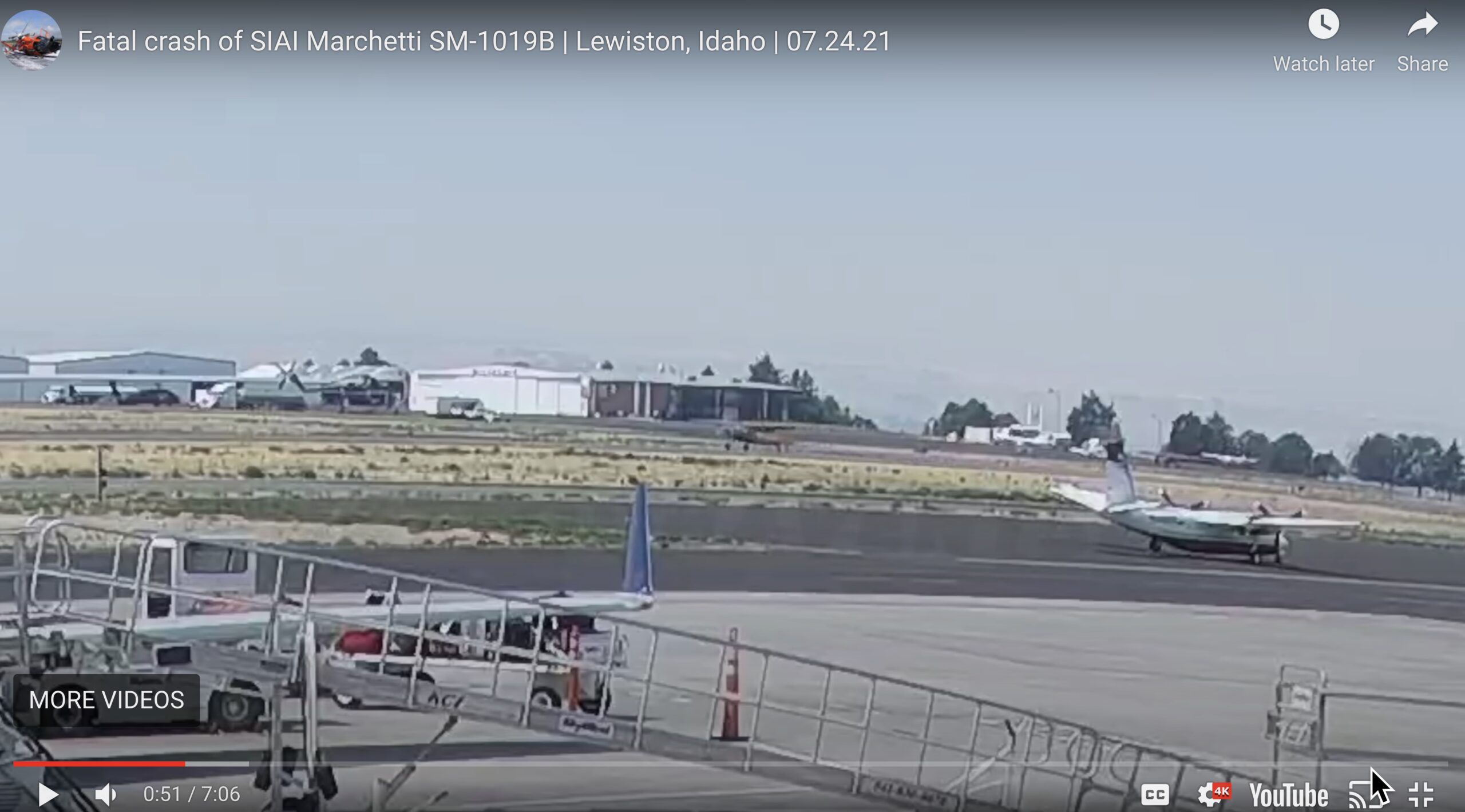 The NTSB has cited the pilot’s failure to remove the flight control lock as the probable cause of the crash of a SIAI-Marchetti SM-1019B that killed respected airshow performer and retired naval aviator Dale “Snort” Snodgrass in July 2021. In its final report, which was published on Wednesday, the Board noted that “the control lock and its retaining clip were essentially undamaged, and the lock was found raised off the floor,” indicating that it was engaged at the time of the crash. Investigators also reviewed high-resolution footage from airport security cameras and determined that “deflections of the elevator and ailerons were either zero, or so small that they could not be seen.”

“The pilot was reported to be extremely thorough about performing preflight checks, and according to his wife, the expected duration of his normal preflight activities would not have allowed him to depart when he did,” the NTSB wrote in its report. “The pilot had limited experience in the accident airplane, which could explain why he did not remove the control lock during the preflight inspection. There was no video evidence to provide insight into the duration and scope of the pilot’s preflight inspection; however, omission of the preflight control check was uncharacteristic given his extensive flight experience, and the reason it was not performed could not be determined.”

As previously reported by AVweb, the accident occurred shortly after takeoff from Idaho’s Lewiston-Nez Perce County Airport (LWS) on July 24, 2021, at about 11:52 a.m. local time. Investigators found no evidence of any pre-accident mechanical malfunctions or failures and no indication that the pilot’s seat had moved. Toxicology tests were negative and it was noted that pilot incapacitation was unlikely given that Snodgrass’ final radio transmission “showed that he was aware and speaking after the onset of loss of control.”

Snodgrass had purchased the accident aircraft in April 2021 and it was delivered to him the following June. He had an estimated 20 hours in the aircraft prior to the crash. Snodgrass, who was an F-14 demo pilot for U.S. Navy for more than ten years, had logged around 6,500 hours of civilian flight time.