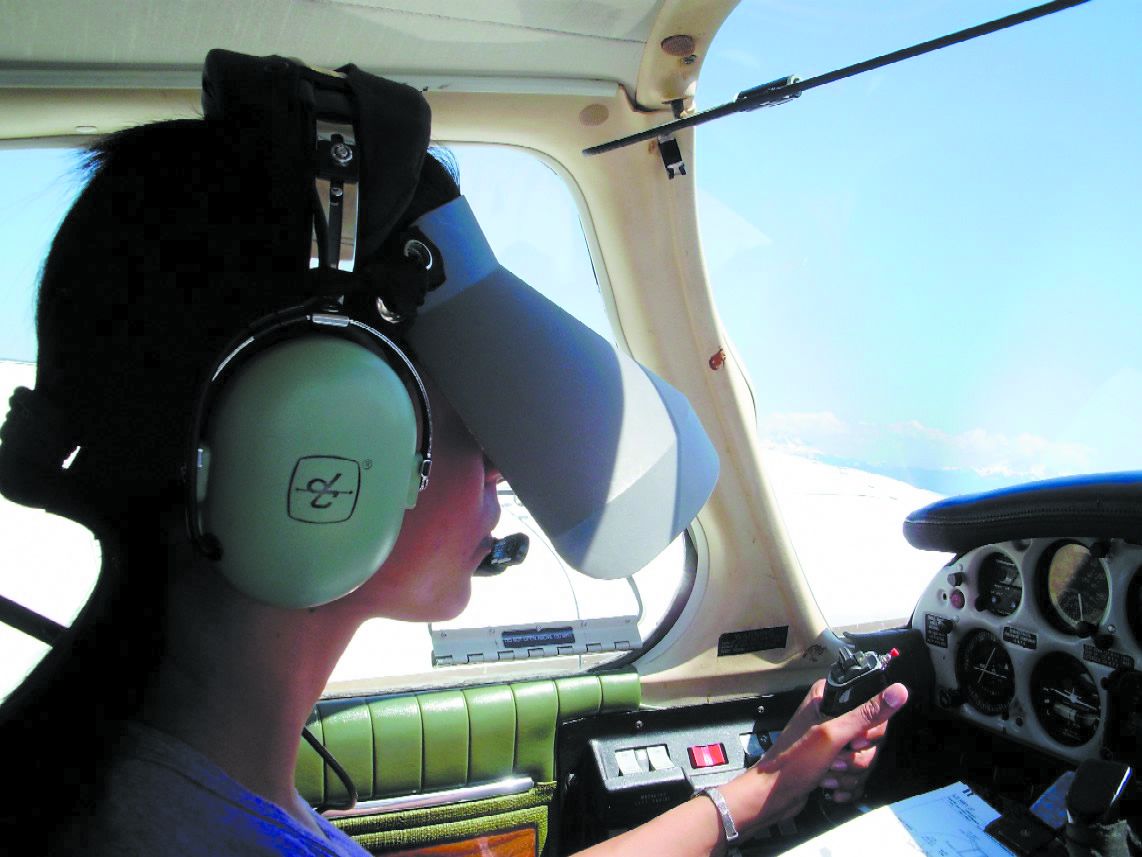 Schedules, climate, and other factors can limit our ability to maintain instrument currency in actual instrument conditions. The FAA allows us to maintain currency by using flight simulators and training deices without an instructor, but not all of us have access to an acceptable device. Besides, it is much more fun to fly an airplane than a desk.

The answer for many is a safety pilot. Regularly getting together with a buddy for some instrument work followed by a social post-flight debriefing can be rewarding. When VFR, we can include activities we rarely practice, such as partial panel or changing procedures midstream. We can work on proficiency, not just bare legal currency.

Many of the rules we’ll discuss have been consistently applied for decades. Others are newer. Some deal with qualification and responsibility; others with logging and the FAA distinction between pilot roles and logging.

A safety pilot acts as the eyes of a pilot flying under the hood—to meet the requirement to see and avoid other aircraft “regardless of whether an operation is conducted under instrument flight rules or visual flight rules.” Section 91.109(c) of Title 14 of the Code of Federal Regulations states the basic rule. “No person may operate a civil aircraft in simulated instrument flight unless… [t]he other control seat is occupied by a safety pilot…” Obviously, the safety pilot must have “adequate vision forward and to each side of the aircraft.”

Safety pilot qualifications can be confusing, partly because either the flying pilot or the safety pilot can be the pilot in command (PIC). The FAA has recognized this in a series of Chief Counsel interpretation letters beginning at least as early as the 1993 Hicks Letter.

We have a choice, but there are consequences in terms of both safety pilot qualifications and logging the flight time. As with any flight, the designated PIC must meet the qualifications to be PIC. That means not only certificate level and applicable aircraft ratings but required endorsements and currency too. Non-FAA considerations might also play a role in the choice. Designating the “wrong” PIC could lead to denial of insurance in case of a mishap. Will it violate a rental contract or flying club rules?

As we review the rules, we’ll need to keep in mind the distinction between a safety pilot in command and one who is not.

Section 91.109(c) is also our starting point for safety pilot qualifications. Pilot in command or not, the safety pilot must have at least a “private pilot certificate with category and class ratings appropriate to the aircraft.” Notice the absence of endorsements for high performance, complex, and tailwheel airplanes. Those are not required in order to be a safety pilot, unless the safety pilot is also acting as pilot in command. This makes sense because to be PIC, you must be qualified to be PIC, even if you’re only PIC for the purposes of being the safety pilot.

Yes, a private pilot who has never flown anything other than a Cessna 152 could be a safety pilot in a Piper Malibu, but only if she is not acting as PIC. See the 1991 Chief Counsel interpretation letter to Glenn Rizner of AOPA for a discussion of this principle.

What about an instrument rating? Again, we see the distinction between acting as PIC and being a subordinate, albeit required, crewmember. A safety pilot need not have an instrument rating or be instrument current unless: 1) the safety pilot is acting as pilot in command and 2) the fight is taking place on an IFR clearance or in instrument conditions. The FAA complicated this some years back while amending the second in command (SIC) qualification rules in §61.55. Our guide to the answer is the Chief Counsel’s 2013 Beaty Letter.

The Hicks Letter referred to earlier also told us how we may log the flight:

…the pilot that is under the hood may log PIC time for that time in which he is the sole manipulator of the controls of the aircraft, provided that he or she is rated for that aircraft. The appropriately rated safety pilot may concurrently log as second-in-command (SIC) that time during which he or she is acting as safety pilot.

When the safety pilot is PIC, we have one of the classic situations in which two pilots may log pilot in command flight time (PICFT, to distinguish it from acting as PIC). Let’s place it in the current regulatory context.

The hooded sole manipulator of the flight controls of an aircraft he is rated for, logs PICFT under §61.51(e)(1) regardless of which pilot was in command of the flight. There is only one special logging requirement for the hooded pilot. Section 61.51(g) requires the pilot under the hood to log the name of the safety pilot. Only the safety pilot’s name is required—no signature is needed.

For the safety pilot, this is one of those few times logging flight time depends on the role the pilot played in the flight. The logging rules help by being specific about this. The safety pilot is an additional pilot required by regulation. If the safety pilot is acting as PIC, she is acting “as pilot in command of an aircraft for which more than one pilot is required,” and may therefore log PICFT under §61.51(e)(1)(iii).

On the other hand, §61.51(f)(2) authorizes logging SIC flight time when “more than one pilot is required under … the regulations under which the flight is being conducted.” This covers our required safety pilot not acting as PIC.

But the FAA is very conservative when it comes to logging cross-country time. In June 2009, the FAA Chief Counsel responded to a request from Jeff Gebhart about safety pilots logging cross country time toward their instrument ratings. “Section 61.65(d),” says the Gebhart Letter, “contemplates that only the pilot conducting the entire flight, including takeoff, landing, and en-route flight, as a required flight crewmember may log cross-country flight time.” Since a safety pilot is only required when the flying pilot is under the hood, she is not required for the entire flight and “may not log any cross-country flight time…”

Typical for these types of pronouncements, I’ve heard a number of scenarios, some very creative, suggesting how to get around Gebhart. Several appeared in follow-up letters to the Chief Counsel. None have prompted the FAA to ease the restriction on logging cross country time. To the contrary, the responses have expanded Gebhart to situations not involving safety pilots. A fair reading of the series easily leads to the conclusion that, as a matter of policy, the FAA will not allow anyone other than the one pilot who conducts “the entire flight” including the departure takeoff and the destination landing, to log cross country time toward later certificates and ratings.

We began by discussing benefits of using a safety pilot to maintain instrument currency and, hopefully, proficiency. But there are also benefits to the safety pilot, not just in terms of the ability to log flight time. None of us is perfect. We all make mistakes. A secret well-known by CFIs is that we learn so much from watching others. Watching someone else over-correct on the final approach course may be the single best way to cure that tendency in ourselves. Take advantage of the opportunity.

Mark Kolber is a CFII and a (mostly) retired aviation attorney whose favorite slogan is, “log for currency, fly for proficiency, and never confuse the two.”

This article originally appeared in the March 2020 issue of IFR magazine.