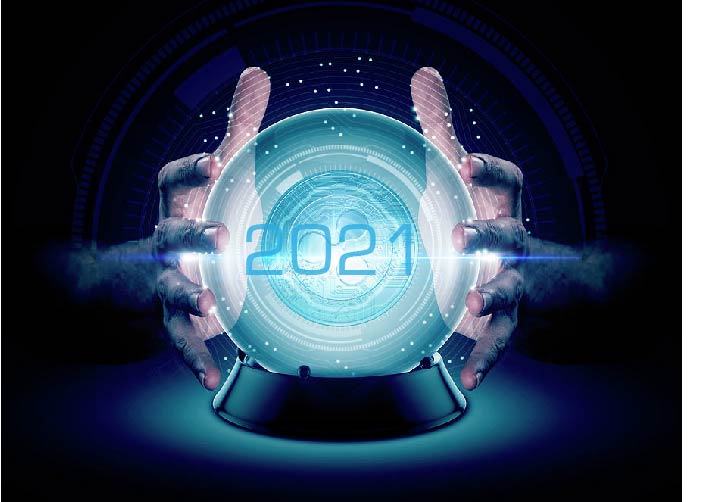 Yogi Berra may have complained about making predictions being difficult because they’re in the future, but the poor man never could have envisioned how easy it is after 2020. The only direction is up, right? I wrote that not so much out of hope or conviction, but of sheer, undiluted desperation.

Still, ever confident if often wrong, here are my bold predictions for 2021 for that ever-expanding universe we know as modern aviation. These are based on no more insight or sophisticated knowledge than I might glean from reading my own blogs. In other words, none at all.

Speaking of blogs, for 2021, all of the comment sections will devolve into discussions about masks. The blog I plan to write about masks on Feb. 24 will morph into a discussion of seatbelts.

Marc Cook will write 63 Boeing MAX stories in 2021, Kate O’Connor will write 52 and I’ll do a blog on the model’s great comeback success which I will somehow attribute to the efficacy of masks. Readers will be too stunned to comment, but Boeing stock will recover to $537.50 despite being fined for plumbing the lavs to empty directly overboard in a cost-cutting measure.

Plying the weekend beat, Russ Niles will cover a series of wacky, offbeat stories including a powered parachute landing in Arizona which, amazingly, did not strike power lines and erupt into a fireball, and a 737 crew—not a MAX, thankfully—that mistakenly lands on the 405 early in the morning and just lets the passengers off at the Santa Monica Boulevard exit. The pilots will say they were blinded by the smoke from the fires of the remaining six square blocks of Los Angeles not already reduced to ashes. In an amazing quirk of fate, Chesley Sullenberger will be in the first car in the 52-mile backup.

Bored to tears after developing Autoland, Garmin will announce AutoEverything, an affordable if cheeky robot that drives itself to the airport and flies the airplane to and from the desired destination. Owners will buy this system in droves but won’t trust it, so they’ll stay home and let the robots fly, thus unmasking … er … revealing what we always suspected: Slipping the surly bonds is overrated. It’s better to outsource it.

Progress toward a new, unleaded aviation fuel will move rapidly forward in 2021. In May, the FAA will announce we should have an approved unleaded fuel by 2076. Unfortunately, the agency will say, they expect all airplanes will be powered by hydrogen by then, which they promise to approve by 2080, 2130 at the latest.

Buoyed by the rollicking success of ADS-B and flush with confidence, the FAA will announce that it will finally field the Microwave Landing System, but will keep conventional ILSs in place as a backup.

Desperate to lure back lucrative business travelers, a leaked airline marketing survey will reveal that when would-be business customers were asked which they prefer, a Zoom meeting in their underwear or a middle seat on an airplane with flip-flop wearing snot-smeared kids on the way to Disney World careening down the aisle, 106 percent preferred Zoom. Sixty-three percent will say they do put on pants.

Embry-Riddle will finally get so many 172s in the air at once, the City of Daytona Beach will sue to recover electricity costs for keeping the street lights on 24 hours a day. The university will add an elective in Zoom marketing.

Finally, will AirVenture 2021 happen? Yes, yes it will. Because it will be revealed that Jack Pelton may be the only person in general aviation who knows what he’s doing. And he’ll prove it by selling EAA logo-wear masks.