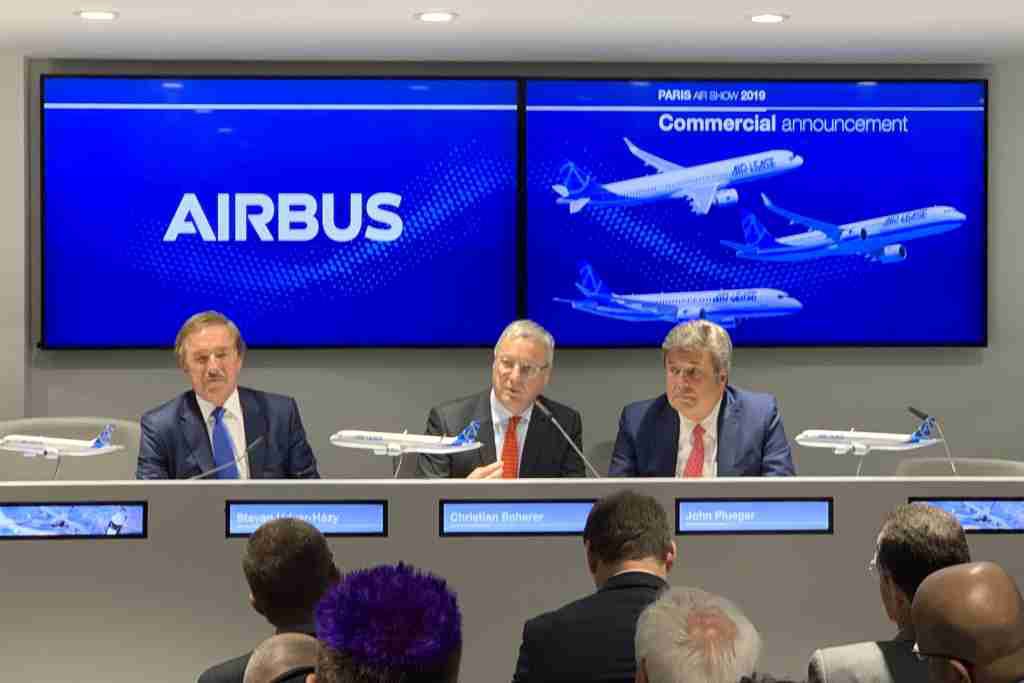 It’s interesting to watch the thrust and parry that goes on at events like the Paris Air Show because there is no industry I can think of that is more detached from its customers.

I would wager that about 90% of the millions of people who board airliners every day have never been to an air show, let alone learned about the various options available to get them from Amarillo to Dallas or New York to Beijing. That’s because the customers at the shows are the airlines and charter operators who are really the middlemen in the complex transaction that a flight to visit family or clients has become.

Every part of an airline flight, including the type of equipment being used, is out of the control of the end customer and dictated on a take-it-or-leave-it basis by the people whose job it is to fill all those seats.

And for the vast majority of those seats, there is only one sales consideration and that’s price. If you consider how miraculous it is that you can leave Philadelphia at noon and be in a restaurant in downtown L.A. in time for dinner, airfare is truly a bargain. But in the relentlessly competitive environment in which airlines battle to keep those load factors in the 80s and 90s, price continues to be the main sales tool.

I probably travel more than most but I wouldn’t consider myself a frequent flyer. While I like a bargain fare as much as the next person, comfort and convenience are playing an increasingly important role in travel decisions. Sometimes someone else is paying my way and I have to be respectful of that but I will pay extra for what I consider to be better flights for me.

Sometimes those flights are red-eyes or require me to drive to the airport at 4 a.m. and therefore tend to be less expensive but that’s not the primary decision factor. The bruising of my circadian rhythm is balanced by other factors that I consider more important. Passengers have always had that option but I think the majority of airline customers are cost conscious above all else.

So the industry has evolved to meet those expectations and per-mile seat costs drive the airlines’ buying decisions. I doubt that passenger opinions of Airbus or Boeing or Embraer ever factor in those decisions.

I have to wonder if that’s about to change, however.

In the wake of the tragic crashes of two Boeing 737 MAX aircraft, some of the biggest online travel agents started highlighting the type of aircraft being used for each flight because some of their customers wanted to avoid the MAX. That knowledge alone should cause more premature grey hair among Boeing executives than any of the myriad other things that are causing them sleepless nights these days.

After decades of having their travel experiences defined for them, consumers now have a new tool to exercise some control over how they will spend their time in the air.

In my own case, after a few flights in a Boeing 787, I’m sold. I will go out of my way to fly on a Dreamliner. I like the entertainment system, I like the dimming windows, the spookily quiet cabin but mostly I like the air.

The pressurization system keeps the cabin at 6,000 feet instead of the 8,000 feet in most airliners. For me, it makes a huge difference in the way I feel at the other end immediately and the next day. I know a 787 captain who has confirmed my assessment. He’s naturally tired after 17.5 hours from Vancouver to Delhi but he doesn’t feel like he’s been hit by a bus.

If we’re noticing the difference, so are others and I can’t help but believe they are acting on it like I am.

I’m not sure airlines and manufacturers are recognizing that, yet.

One of the big stories out of Paris was the green-lighting of the Airbus A321 XLR, which will carry as many as 244 passengers 4700 nautical miles on a nine-hour flight. Because it’s a 30-year-old type certificate, it has an 8,000-foot cabin and nine hours is a long time to spend in that rarefied air.

But it effectively creates a new class of intercontinental airliner whose seat-mile costs will be among the lowest in the industry with the added bonuses of low development costs and a common type rating with the A320 series. The bean counters must be deliriously happy.

But I’ll be on the lookout for A321s for longer flights (I can put up with just about anything for four hours or less) and looking for a more comfortable and possibly healthier alternative and I doubt I’ll be the only one.